Hussein Tantawi chaired the military council that ruled Egypt for nearly a year and a half after the ouster of long-serving president Hosni Mubarak in 2011. 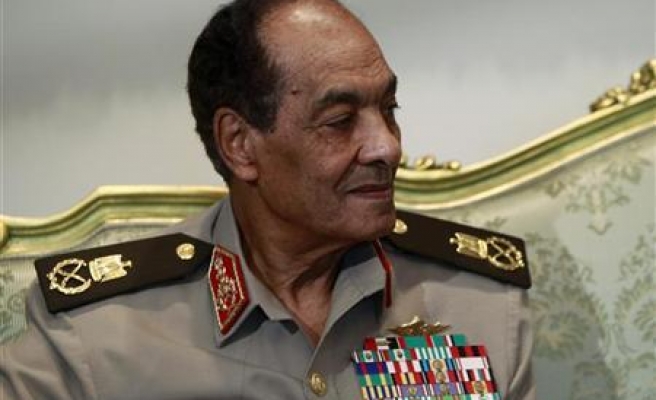 Seated right beside the former first lady was former defense minister Hussein Tantawi, who chaired the military council that ruled Egypt for nearly a year and a half after the ouster of long-serving president Hosni Mubarak in 2011.

Conspicuous by his absence was former chief of staff Sami Anan.

It was not immediately clear why Anan, Tantawi's second in command, was not invited by the army to attend its celebrations, organized at the Air Defense Stadium in Cairo.

There are also speculations that Anan was contemplating the possibility of contesting the upcoming presidential polls.

Tantawi and Anan were both sent on retirement by elected president Mohamed Morsi, who appointed Sisi as army chief.

On the first anniversary of his election, al-Sisi ousted Morsi following mass protests against his presidency.

A galaxy of Egyptian superstar actors and actresses took turn in presenting the army's gala celebration, which came as 28 people were killed in clashes between security forces and pro-democracy activists protesting Morsi's overthrow.

The Muslim Brotherhood's Freedom and Justice Party, in a statement, called for an international investigation into the Sunday's deaths.