300,000 of the 1.5 million tourists who visit Tanzania each year arrive via Kenya 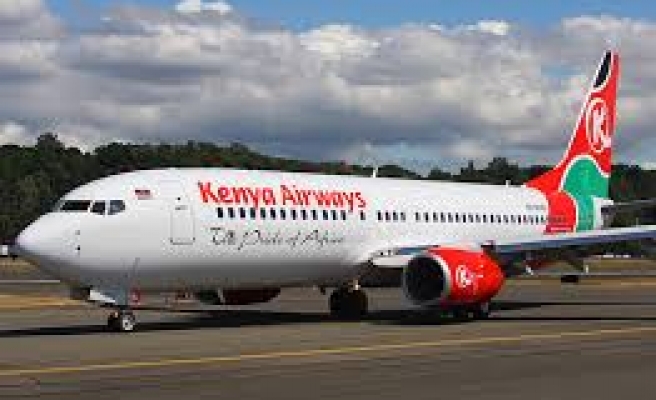 World Bulletin / News Desk
East African neighbors Tanzania and Kenya are embroiled in a battle over tourism that is likely to have a far-reaching impact on the former.

"For Kenya to enforce a ban that was earlier lifted because Tanzania asked for more time for negotiations is an act that lacks wisdom and a sense of diplomacy," Tanzanian Tourism Minister Lazaro Nyalandu told The Anadolu Agency.

Kenyan Tourism Minister Phyllis Kandie said the decision was taken after Tanzania had failed to hold a previously agreed-upon meeting aimed at amicably resolving a dispute between the two countries.

"Three weeks have expired without our Tanzanian counterparts convening a meeting for negotiations," Kandie told AA by phone from Nairobi.

On Jan. 16, the Kenyan government temporarily suspended the ban following a meeting between Kandie and Nyalandu in Nairobi.

The two ministers had agreed that a second meeting should be held in three weeks' time to renegotiate a 1985 bilateral trade agreement.

The Tanzanian side, however, appears to have failed to abide by the deadline.

"After our meeting in Nairobi, the Tanzanian government asked for… another three weeks to give new ministers appointed in the cabinet reshuffle time to read the necessary documents before engaging in solving the matter," Nyalandu told AA.

"Unfortunately, the Kenyan government didn't accept the request and instead banned Tanzanian vans from Jomo airport," she noted.

Kenya wants to renegotiate the 1985 treaty, which, it believes, favors Tanzania.

Nairobi insists that giving Tanzanian-registered tour vehicles access to Jomo airport is not part of the deal and had merely been a "goodwill gesture" by Kenya.

The two countries are both members of the five-member East African Community (EAC), along with Uganda, Burundi and Rwanda.

The regional bloc is devoted to promoting regional economic integration, including a common market, currency, and visa.

The Tanzania Tour Operators Association (TATO), for its part, said the Kenyan ban would have a far-reaching impact on Tanzania's tourism industry.

"This is an alarm to the government to lift high-landing fees and put more effort into improving our airports to attract international flights," TATO CEO Cyril Akko told AA.

"This will enable tourists to come directly to Tanzania instead of using neighboring countries as entry points," he stressed.

Currently, more than 300,000 of the more than 1.5 million tourists who visit Tanzania each year arrive via Jomo international airport.

Harrison Mwakyembe, Tanzanian minister for EAC affairs, said the government was looking at alternatives with a view to fixing the problem.

"We are preparing ourselves for other options, including advising tourists… to use our Kilimanjaro, Dar es Salaam and Zanzibar international airports instead of Jomo," he told AA.

Tanzania generates more than $1.9 billion each year – nearly 17 percent of its GDP – from tourism.