Opposition leaders will ask a court to block the constitution which they say was passed without a quorum last year by an assembly dominated by CCM after opposition parties walked out in protest. 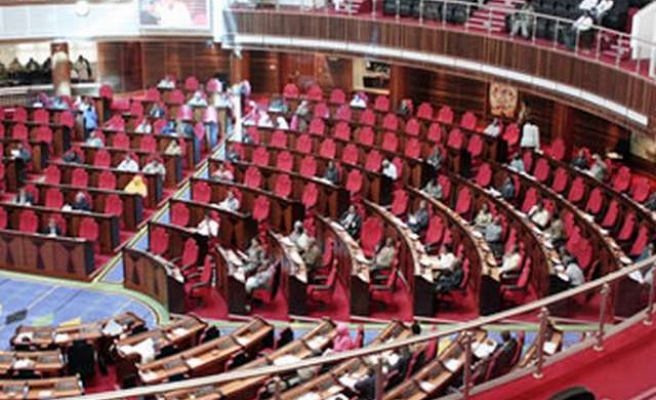 Tanzania's main opposition party called on voters on Friday to boycott a constitutional referendum and said it planned legal steps to block the charter that it says the government is pushing through without wide political input.

The CHADEMA party said the ruling Chama Cha Mapinduzi (CCM), in power since Tanzania's independence from Britain in 1961, had ignored its suggestions for reforms in replacing the current constitution, which dates from 1977 when the east African country was under one-party rule.

"We will not participate in the (April 30) referendum," CHADEMA Chairman Freeman Mbowe told Reuters.

Opposition leaders will ask a court to block the constitution which they say was passed without a quorum last year by an assembly dominated by CCM after opposition parties walked out in protest.

The main sticking point has been CCM's rejection of a federal system that would have introduced a three-government structure consisting of mainland Tanzania, the semi-autonomous Zanzibar archipelago and a union of the two.

CCM also rejected proposals limiting presidential powers, including one requiring any senior appointments made by the president to be approved by parliament.

The political turmoil has raised doubts about the legitimacy of the referendum, but analysts still expect it to take place.

The electoral commission has said it aims to register 23 million voters in the population of over 45 million, and issue new voter identification cards to try to stop multiple vote casting. But that is not expected to be completed in time for the April 30 vote.

CHADEMA and two other opposition parties under an umbrella group known as Ukawa plan to field a single presidential candidate for the first time in a general election expected in October in a bid to end CCM's grip on power.