Tanzanian minister resigns after $120 million of public funds were transferred to a private energy firm. 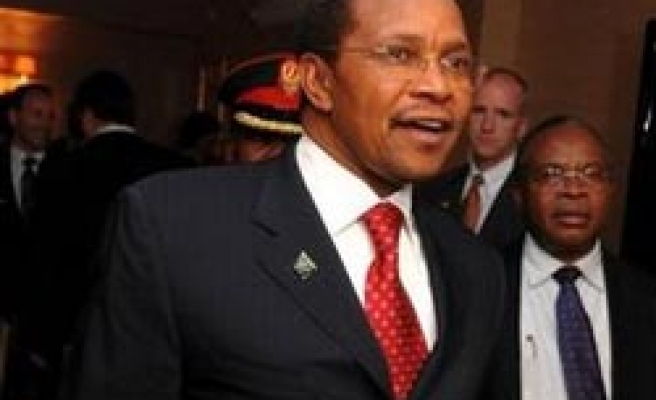 World Bulletin / News Desk
Tanzanian Minister for Energy and Minerals Sospeter Muhongo resigned from his post on Saturday over the fraudulent transfer of some $120 million of public funds to a private energy firm in a scandal known locally as the "Tegeta Escrow Account."

"I'm stepping down from my ministerial post right from today," Muhongo said in a statement.

"Before reaching the decision, I have contacted President Jakaya Kikwete on this issue and he agreed," he added.

Muhongo was one of four government officials, who the parliament asked President Kikwete to sack from their post over the scandal.

"I have done so much to my country. I'm wondering today people are looking [to me] as a thief who took billions of public money from escrow account," Muhongo told The Anadolu Agency.

"They have even forgotten that I was not in the position when the escrow account agreement was signed. But today people consider me as a thief because of something which came to implantation when I was not there in the office," he said.

Muhongo, a nominated member of parliament who was a lecturer to the University of Dar es Salaam before he was appointed a minister, insisted that he had no role in the escrow scandal.

"I still believe my hands are clean on escrow account scandal," he said.

Controversy gripped Tanzania for months after the Public Account Committee released a report accusing senior government officials of having fraudulently authorized the disbursement of at least $122 million of public funds from an escrow account to a private company.

It has since been shown that certain officials benefited from the escrow account money, receiving millions of dollars from James Rugemalila, a shareholder in the Independent Power Tanzania Limited company.

Since then, Werema has voluntarily resigned, while Kikwete sacked Tibaijuka after confirming that over $1.2 million from Rugemalila had been deposited into her personal bank account. Maswi, for his part, has been suspended from his post.

"Muhongo was supposed to resign from the position even before the debate on escrow account in the parliament because his name was clearly mentioned among those facilitated withdrawal of public money to a private company," Mbowe said.

"After resigning, Muhongo should also be taken to court because he abused public office by facilitating illegal withdraw of public money," he said.

Lawmaker David Kafulila also called for bringing Muhongo to court over the scandal.

"Energy and Minerals Ministry is the key player in escrow account scandal. The minister, his permanent secretary and all the officials who participated in this should be taken to court," Kafulila told AA by phone.

So far, over six high government officials have been taken to court charged of corruption in connection with the scandal.