Organisers said up to 35,000 people took part in Tuesday's demonstration. 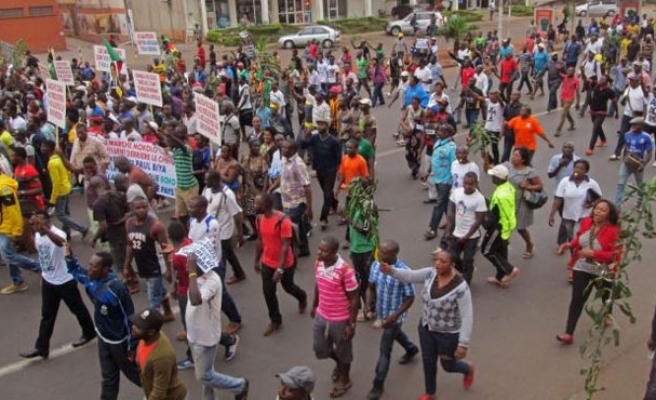 Tens of thousands of people marched through Niger's capital Niamey on Tuesday to support the country's military following a series of attacks along the border with Nigeria carried out by Boko Haram.

Organisers said up to 35,000 people took part in Tuesday's demonstration, which saw Prime Minister Brigi Rafini and other government officials lead a march that ended in a mass rally in front of the parliament building.

"Boko Haram attacked us and you don't attack Niger with impunity. Today's support for the armed forces must be permanent," President Mahamadou Issoufou told the crowds. "If Allah wills it, Niger will be Boko Haram's tomb."

Marchers chanted "All united against Boko Haram" and carried signs or wore t-shirts bearing slogans including "Our army, Our pride."

Niger's main opposition parties, which have organised street protests against Issoufou's rule in the past, did not participate in the march.

Niger's military killed 218 Boko Haram militants in operations around Diffa, according to army figures. More than 160 people suspected of links to the group have been arrested since Feb. 6, police said on Monday.

Niger's parliament unanimously approved sending troops across the border into northern Nigeria as part of the regional offensive.

Presidents from the 10-nation Economic Community of Central African States pledged on Monday to create an emergency fund of 50 billion CFA francs ($87 million) for military, medical and logistical support.

Boko Haram killed an estimated 10,000 people last year in Nigeria, where the insurgency was cited as the main reason for postponing a Feb. 14 election by six weeks.

However it has also expanded its zone of operations, launching regular raids and kidnapping civilians in northern Cameroon. Niger's security forces believe Boko Haram cells based in Diffa were involved in the attacks there.