Thousands rally in Niger in support of president

The rally, organised by a coalition of 36 pro-Issoufou parties in response to a huge opposition protest in December, took place amid growing tensions 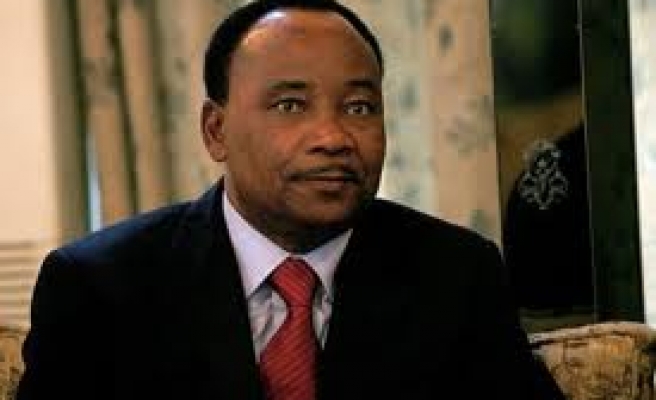 Thousands of supporters of Niger President Mahamadou Issoufou rallied in the capital Niamey on Saturday in a show of force against an increasingly well-organised and vocal opposition movement.

The rally, organised by a coalition of 36 pro-Issoufou parties in response to an opposition protest in December, took place amid growing tensions between the government and its opponents.

Interior Minister Massoudou Hassoumi this week accused leading opposition figure Amadou Hama of calling for a coup and inciting ethnic hatred. At least six journalists and three civil society leaders have been arrested in the past two weeks over similar accusations.

"The opposition proclaims everywhere that it controls Niamey. They must be disillusioned now," Bazoum Mohamed, Niger's foreign minister and the leader of Issoufou's Nigerien Party for Democracy and Socialism, told the crowd.

"All the opposition has left is defamation, insults and calls to destabilise the regime," he said.

December's opposition demonstration - the largest in Niger since pro-democracy protests against then-President Mamadou Tandja four years ago - drew 20,000 supporters according to police sources, though protest organisers put the figure at 30,000. The National Police said in an official statement that 5,000 people took part in December's protest.

Issoufou was elected president after a military junta, which toppled Tandja in the wake of the protest movement, returned the country to civilian rule in 2011.

However, the president angered both former allies and opposition figures by naming a national unity government last year without their consultation.

Hama, the National Assembly president whose Nigerien Democratic Movement broke away from the ruling coalition, helped found the new opposition movement the Alliance for the Republic, Democracy and Reconciliation in Niger.

Hama is regarded as the main challenger to Issoufou for the 2016 presidential election.

Niger, with a fast-growing population of 17 million people, is one of the world's poorest countries. It has some of the lowest government revenues per capita in Africa despite the start of oil production in 2011. Output is running at around 16,500 barrels a day, the International Monetary Fund said in September.