It was the second Nigerian military helicopter to go down this week in Yola, in Adamawa State, after another made a forced landing shortly after takeoff. 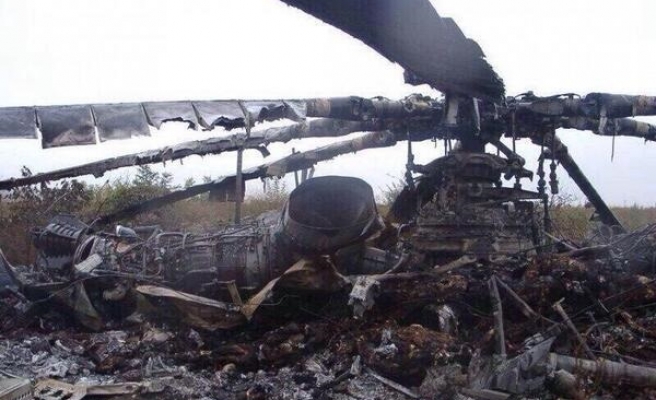 A Nigerian military helicopter crashed and exploded on Thursday, killing all three crew on bord in the northeast region of the country where the army is battling Boko Haram insurgents, the army and witnesses said.

The incident occurred in an area where there were no immediate reports of combat or of Boko Haram activity.

Boko Haram has stepped up attacks since the government announced a purported ceasefire last month which was later rejected by the group's leader.

"A ground attack helicopter on an armed patrol crashed around the Federal University of Technology Yola, Adamawa State. The crew of 3 was lost in the ill-fated accident," the army said in a short statement on its website.

It was not immediately clear if the helicopter had been shot down or crashed because of technical failure.

It was the second Nigerian military helicopter to go down this week in Yola, in Adamawa State. Another, according to the defence ministry, made a forced landing shortly after takeoff.

"Then later, we heard the sound of the helicopter suddenly changed, it started going down and then we heard a loud sound, followed by several explosions," Ali said by telephone.

The helicopter may have been heading for a military operation further north from Yola where the military were fighting Boko Haram. The army retook control of the towns of Mubi and Maiha from the insurgents with the help of local hunters and civilian vigilantes on Thursday.

But there was still signs of rebel activity near this area.

A resident of Gombi, situated west of Mubi and Maiha, told Reuters that there was heavy fighting between the army the insurgents around the town on Friday.

North of Gombi, about 30 Boko Haram militants stormed the village of Chibok, in Borno State, where the group abducted some 200 schoolgirls seven months ago, raising international outcry. Chibok has been target of a number of attacks since the abductions.

"The insurgents arrived at about 5pm on Thursday, shooting sporadically, forcing people to flee into the bush," a villager who fled told Reuters by telephone, adding that many villagers may have been killed. (