Luxury retailer Tiffanys is feeling the heat with the company allegedly funding the Givati unit, a unit of the Israeli army that has been accused of war crimes. 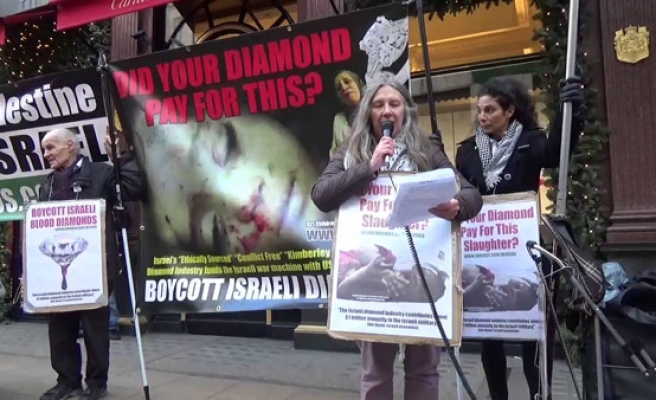 Luxury retailer Tiffany has had its Facebook page bombarded with question regarding the company's funding of the Givati Brigade - an unit of the IDFT that has been accused of war crimes.

Although Tiffany’s ignored the comments at first, they eventually responded as follows:

“We believe that knowing the origin of our precious metals and gemstones is key to ensuring that mines are operated in environmentally and socially responsible ways. For that reason, Tiffany has direct sourcing relationships with mines around the world. In addition, the vast majority of rough diamonds sourced by Tiffany are also cut and polished in our own state-of-the-art facilities. We believe in investing in local manufacturing, paying a living wage, transferring both craft and management skills to our workforce and contributing to the well-being of the communities in which we operate. To learn more, please visit Tiffany.com/CSR.”

Not satisfied, their page was further inundated with questions which forced Tiffany's to provide the following statement:

“Tiffany sources all of its rough diamonds either directly from a known mine, or a supplier with multiple known mines, because we believe that traceability is key to ensuring environmental and social responsibility. One of those sources is a mine in Sierra Leone operated by Koidu Limited – an indirect subsidiary of BSG Resources – not the Steinmetz Foundation. We condemn human rights abuses of any kind.”

Although clearly an effort in order to distane itself from the Steinmetz Foundation, the diamonds that are sourced from Koidu generate the revenue used by the Foundation to fund the Givati war criminals so when someone buys a Tiffany’ diamond they are in fact buying a blood diamond that funds war criminals.