The demonstrators were calling on the government to implement an agreed presidential term limit under which President Faure Gnassingbe would step down next year. 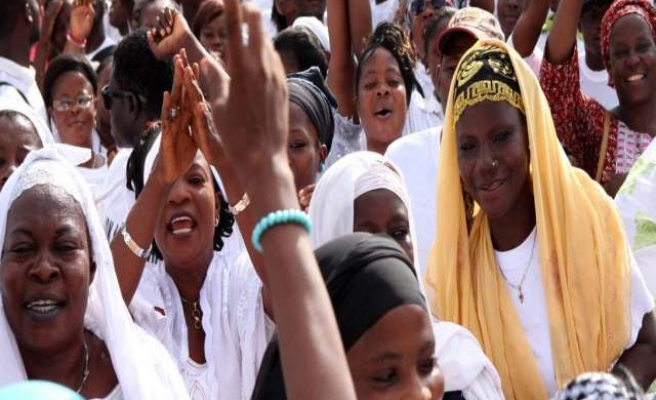 Security forces in Togo's capital Lome fired tear gas on Friday at stone-throwing opposition supporters who were among thousands of people marching against a potential reelection bid by the president.

The demonstrators were calling on the government to implement an agreed presidential term limit under which President Faure Gnassingbe would step down next year.

They had been granted permission to finish their march in the capital Lome with a seafront rally. When they deviated from the route, moving into the city centre and heading towards parliament, their path was blocked by gendarmes.

A Reuters witness saw young men throwing stones at the security forces, who fired tear gas canisters at the marchers.

"We don't know what happened ... The youth were speaking with the security forces to access the Place de l'Independance. After a while they started shooting (tear gas)," said Eric Dupuy, a member of the opposition National Alliance for Change party.

He said two opposition supporters had been injured in the violence, including one whose ear had been torn off.

The marchers were quickly driven out of the city centre, leaving behind empty streets littered with stones.

Togo's Security and Civil Protection Ministry had announced in a statement read on state television late on Thursday that all necessary measures would be taken to prevent opposition demonstrators from reaching the parliament building.

Contacted by Reuters following the clashes, the ministry declined to comment.

Supporters of Gnassingbe organised a larger march earlier on Friday that was held without incident.

Gnassingbe was installed as president with army support when his father Gnassingbe Eyadema, who ruled the West African nation for 38 years, died in 2005. Faure Gnassingbe stepped down under regional pressure but won an election months later and was re-elected for a second term in 2010.