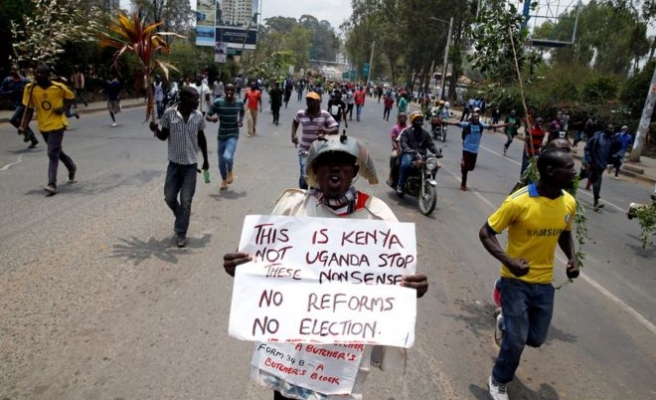 A senior member of Kenya's Independent Electoral and Boundaries Commission (IEBC) resigned from her position on Wednesday amid countrywide protests calling for the resignation of 12 electoral officials accused of poll rigging.

In a statement issued in New York, where she fled after receiving numerous threats as she told BBC, Roselyn Akombe said that among the reasons she decided to resign was the way the IEBC was constituted, adding the commission in its current state would not yield a "free, fair, and credible election" in the repeat presidential polls scheduled for Oct. 26.

"We need the Commission to be courageous and speak out, that this election as planned cannot meet the basic expectations of a credible election.

"Not when the staff are getting last minute instructions on changes in technology and electronic transmission of results. Not when in parts of the country, the training of presiding officers is being rushed for fear of attacks from protesters. Not when Commissioners and staff are intimidated by political actors and protestors and fear for their lives," Akombe's statement read.

She added that Kenya was facing a political crisis that the IEBC had taken part in promoting, and urged Kenyans and the IEBC to solve the political crisis at hand before holding the repeat polls, "and then chart the way forward towards a credible presidential election".

The resignation came as a win for Kenya's opposition, the National Super alliance, who have organized countrywide tri-weekly protests calling for the resignation of 12 top officials at the IEBC including 6 commissioners.

In the latest protests, four people were shot dead by police. The opposition has vowed to boycott next week's elections if no reforms are made.