Torture on the rise in Burundi

The U.N. human rights chief, Zeid Ra'ad Al Hussein, said Friday that Burundi is on the brink of a sudden escalation of violence to "massive proportions." 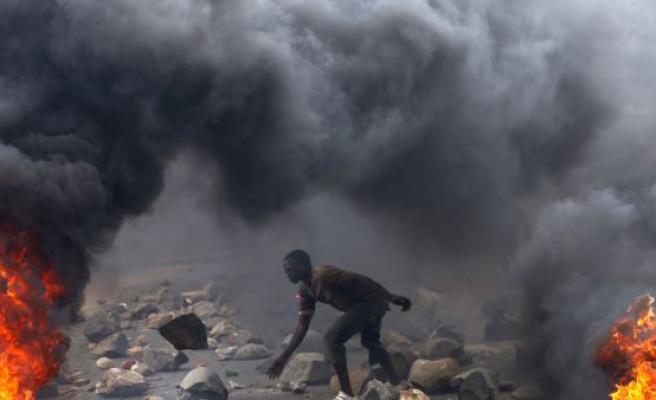 Reports of torture have increased in Burundi since the beginning of the year and many people there now "live in terror," the UN rights chief said Friday.

UN High Commissioner for Human Rights Zeid Ra'ad Al Hussein told the Security Council that violence in the African country could spiral out of control and take on "massive proportions."

"Continued human rights violations, and impunity for perpetrators, mean that many of Burundi's people live in terror," he told a special council session on the situation in Burundi.

"The country remains on the brink of a sudden escalation of violence to even more massive proportions."

Zeid said that while data remained imprecise, "we are seeing increased reports of torture and ill-treatment since the beginning of January."

A recent visit by UN rights officials to detention centers in the capital Bujumbura found that almost half of detainees had been tortured or ill-treated, some seriously, he said.

Burundi has been in turmoil since President Pierre Nkurunziza announced plans in April to run for a third term, which he went on to win.

The violence has left more than 400 dead, driven over 240,000 people across the border and fueled fears of mass atrocities in the country.

After UN Secretary-General Ban Ki-moon visited the country last month, the Burundian government pledged to release political detainees, but Zeid said only 47 people on a list of 125 had been freed.

There has been no decline in arbitrary arrests and detention, with 140 cases recorded so far this month, he added.

The council traveled to Burundi in January to press Nkurunziza to open up serious talks with the opposition on ending the violence and to accept an African peacekeeping force, but made little headway.