Fighting between the Somali-Kenya tribes of Degodia and Gerre erupted on Sunday at a village, which has been contested by both clans, at the border between Wajir and Mandera counties, leaving at least 30 people dead. 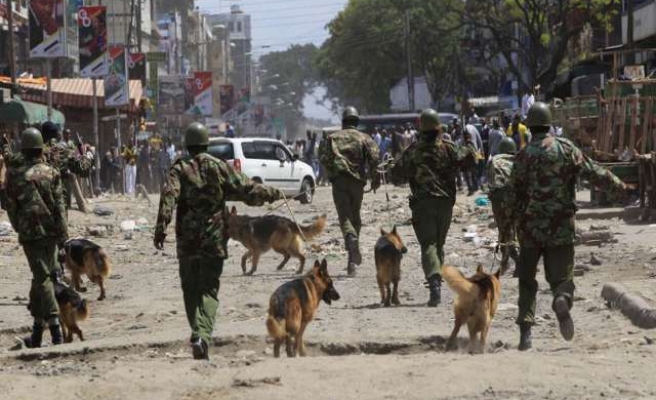 Hundreds of people have been displaced by deadly fighting between rival clans in Kenya's North Eastern region.

"Our statistics by Monday showed that 12,140 households have been displaced after the latest clan fighting," Abbas Gullet, Secretary-General of the Kenya Red Cross, told Anadolu Agency.

"Hospitals and schools have been closed down due to the fighting that has affected even areas that once were camps for earlier internally displaced people. We are talking about ten locations in Tarbaj district of Wajir alone," he said.

Fighting between the Somali-Kenya tribes of Degodia and Gerre erupted on Sunday at a village, which has been contested by both clans, at the border between Wajir and Mandera counties, leaving at least 30 people dead.

Kenyan police on Monday summoned the governors, senators and lawmakers of Wajir and Mandera to record statement with the police.

An investigation into the violence has been launched by the police, which blamed the fighting on "known people from the two communities".

"These leaders have to come out and make it clear to us the cause of these on-off fighting between the two clans” Police Inspector-General David KImaiyo told a press conference.

"We know who may be behind this. We will investigate and prosecute any leader who is behind the incitement of the two clans," he said.

Police said that a permanent police post will be established in Gunani, the epicenter of the latest fighting.

"To seek a permanent solution to the fighting between the Garre and Degodia means we have to resolve border disputes once and for all," Abdullahi, who has been summoned to record a statement with the police, said.

Water, pasture and politics have been at the center of sporadic clashes between the two Kenyan Somali clans, who live in the mainly arid North Eastern Region, bordering war-torn Somalia.

Last month, similar clashes between the two clans reportedly left around 20 people dead at Gunana village on the border between Mandera and Wajir counties.

Politicians from both clans had then signed a peace agreement overseen by the Kenya government and Muslim leaders to end the hostilities.

Kenyan ethnic Somalis, estimated to be close to four million according to a 2009 census, are centered in the mostly arid North Eastern region bordering Somalia.

Inter-clan clashes over pasture and political boundaries have marred the relations between the four major Somali clans in the region since Kenya’s independence in 1963.