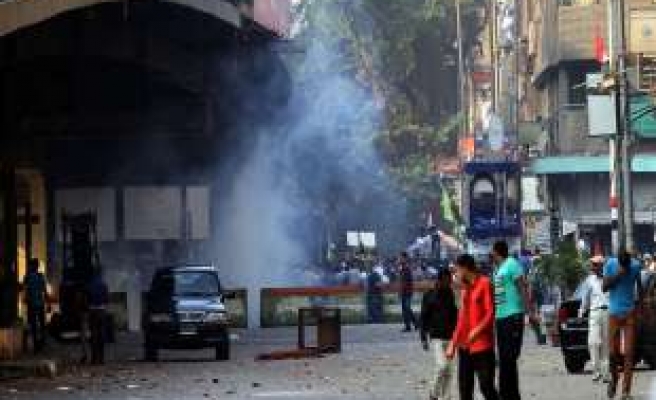 A pro-democracy protest marching from Dokki to Cairo's iconic Tahrir Square was blocked by security forces, which used tear gas to break the rally.

Cairo subway services were partially suspended as tensions grow up on the streets.

In Alexandria, 35 pro-democracy protesters were arrested for trying to put 'Rabaa Sign' posters on the walls of several buildings.

At least 12 people suffered gas inhalation and were injured in clashes between supporters and opponents of ousted president Mohamed Morsi in the canal province of Suez.