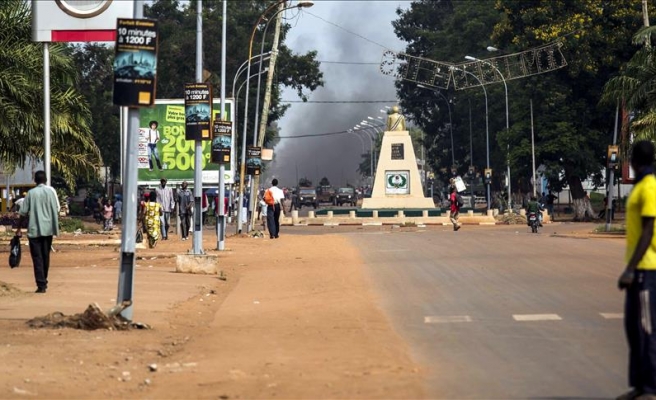 Two civilians were shot dead by security forces in unrest around the capital’s airport, an official said late Sunday.

A motorcycle taxi rider was shot by a soldier without warning after crossing on to the airport runway, the official said on condition of anonymity due to restrictions on talking to the media.

The killing sparked disturbances in a neighborhood next to the airport that led to another young man being killed on Saturday night.

Lawmaker Sylvain Gonessa witnessed the airport shooting. “Unfortunately, a soldier shot him without warning,” he said. “The population first of all transported the body to the morgue before returning to open hostilities against the military”.

Thousands have been killed in Central African Republic since 2013, when Muslim Seleka rebels ousted President Francois Bozize, leading to a violent backlash by the Christian anti-Balaka militia.

The UN’s 13,000-strong peacekeeping mission, known as MINUSCA, has struggled to restore order. Last week, an Egyptian peacekeeper was killed in an attack in the south, taking the death toll among UN troops to 13 this year.

The UN Security Council recently voted to reinforce the mission with 900 extra troops.

The Muslim community is a frequent target of anti-Balaka attacks and more than 130 people were killed in two attacks in October.

Sectarian violence has left nearly half of the population dependent on humanitarian assistance, according to the UN.