Discussions on Friday took place concerning the deep political crisis as well as voting for the peace keeping mission in Burundi. 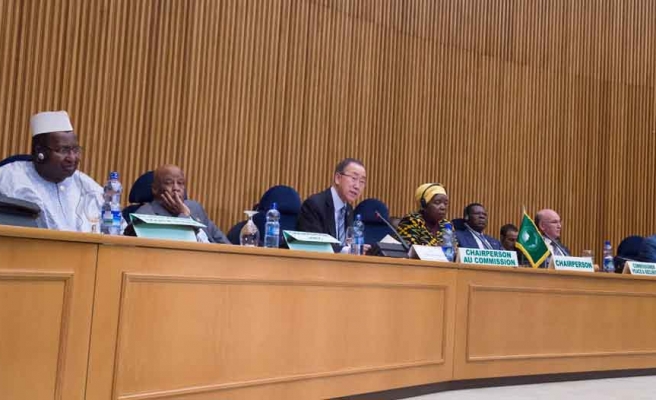 African leaders meet Saturday in a bid to end armed crises, including in troubled Burundi, with an unprecedented vote on deploying a 5,000-strong peacekeeping force despite Burundi's vehement opposition.

While the official theme of the African Union (AU) meeting is human rights, leaders will once again have to deal with a string of crises across the continent when they open two days of talks at the organisation's headquarters in the Ethiopian capital.

Talks at the AU Peace and Security Council, attended by presidents and foreign ministers from across the 54-member bloc as well as UN Secretary-General Ban Ki-moon, stretched late into Friday night in a bid to narrow positions before the opening of the formal summit.

AU Peace and Security Council chief Smail Chergui warned "the stakes are indeed high", but Burundi remained defiant in its opposition to a mission it calls an "invasion force".

Burundian Foreign Minster Alain Nyamitwe insisted he had the backing of other nations. Asked whether he had support of others in opposing the proposed force, Nyamitwe said, "Yes, very strong, you will see."

Street protests, a failed coup and now a simmering rebellion began when Burundi's President Pierre Nkurunziza announced his intention to run for a controversial third term, which he went on to win in July elections.

Hundreds have died and at least 230,000 have fled the country in the months since.

"We have said that the deployment of this force is not justified," Nyamitwe said. "We believe that the situation in the country is under control."