With resignation, number of Nidaa Tounes deputies stands at 39, after winning 89 out of 217 seats in 2014 polls 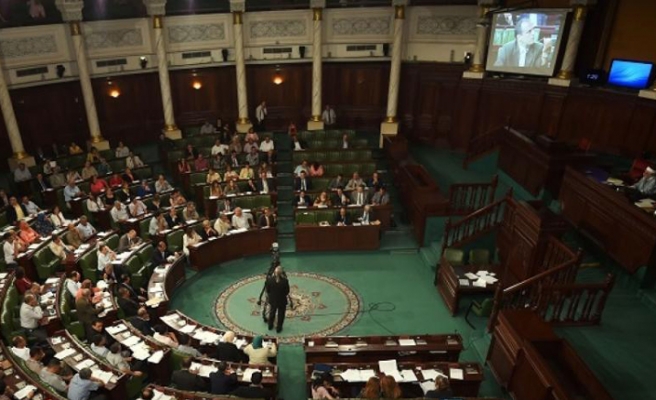 At least four deputies from Tunis’ Nidaa Tounes bloc quit the bloc Wednesday in protest of its ongoing crisis.

In a statement, the resigning deputies said their decision came from "the absence of any signs to reform or rescue the party."

The four deputies expressed their attachment to "modernist thought introduced by the leader Habib Bourguiba,” who served as president from 1956 to 1987.

They also voiced their commitment to continue to work with their political party after resigning from the parliamentary bloc.

With the resignation of the four deputies, the number of Nidaa Tounes deputies stands at 39, after winning 89 out of 217 seats in the 2014 parliamentary polls.

Since April 2015, Nidaa Tounes has been experiencing a severe political crisis due to ongoing disputes between Prime Minister Yousuf Al-Shahed and Hafez Caid Essebsi, the party’s executive manager and the son of Tunisia's president.