One security source said the group were driving vehicles with weapons and had been intercepted in the desert on Friday night. 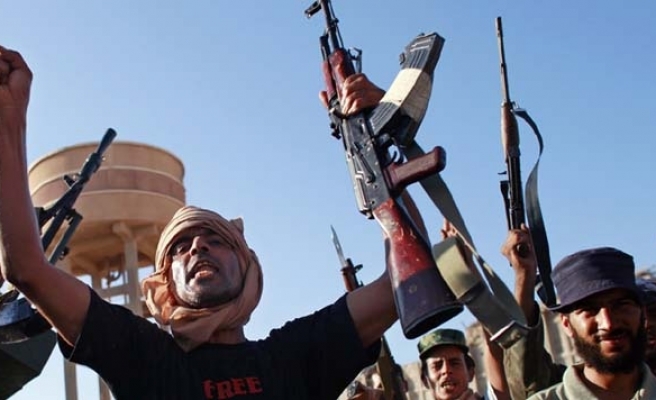 Tunisia's armed forces fought through the night against a group of armed Libyans who had infiltrated into Tunisia, Tunisian security sources said on Saturday.

One security source said the group were driving vehicles with weapons and had been intercepted in the desert on Friday night. The fighting, which was continuing on Saturday, had caused several casualties.

A military source confirmed that the armed men were Libyans. He did not say whether they were supporters of leader Muammar Gaddafi or rebels fighting to topple him.

The military source said a Tunisian military helicopter had crashed on Saturday morning in the border area, killing the pilot and co-pilot. He did not say whether the crash, blamed on a mechanical fault, was linked to fighting with the infiltrators.

The Tunisian army has reinforced its presence and intensified its operations in the border area in recent days.

Libya's rebels have advanced this week, cutting off Gaddafi's forces near the Tunisian border from their supply lines to Gaddafi's capital Tripoli.