The number of Tunisians fighting in Syria has been estimated at about 3,000. A few hundred have returned toTunisia and many have been tracked down and arrested. 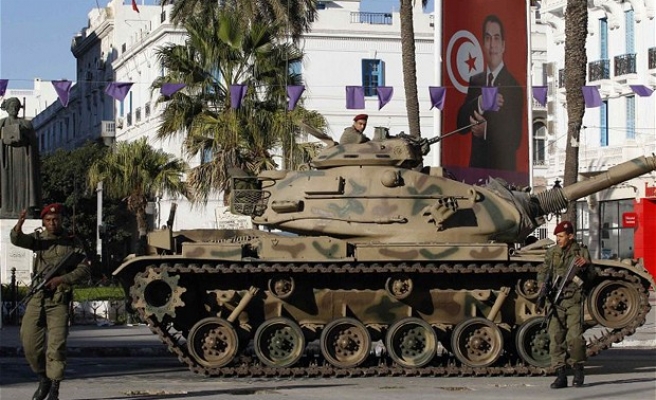 Tunisia arrested 32 militant, some of them returning from fighting in Syria, who planned "spectacular" attacks, officials said on Saturday.

News of the arrests came one day after the coalition cabinet headed by Prime Minister Habib Essidtook office. The new cabinet faces many challenges.

"During the past three days, we arrested 32 terrorists from this group planning to attack targets in Tunis and other cities," he said, adding that the group included "several terrorists returned from fighting in Syria."

Since a 2011 uprising in Tunisia toppled the regime of Zine El Abidine Ben Ali, the country has become a major source of foreign fighters traveling to Syria.

With an economy heavily reliant on foreign tourism, Tunisia has been cracking down on militants.

"Our priority will be to strengthen measures to combat extremism and strengthen security capabilities to confront terrorism and the protection of the democratic transition," Essid said this week.

The number of Tunisians fighting in Syria has been estimated at about 3,000. A few hundred have returned toTunisia and many have been tracked down and arrested.

Aroui said special forces are pursuing other gunmen in the southern city of Gafsa led by named Mourad Gaesseli.

He did not give details about the identity of this group.

Ansar al Sharia, which the United States lists as a foreign terrorist organization, was among the most hardline movements emerge since Tunisia's 2011 uprising. It has claimed responsibility for attacks in Libya in recent months.