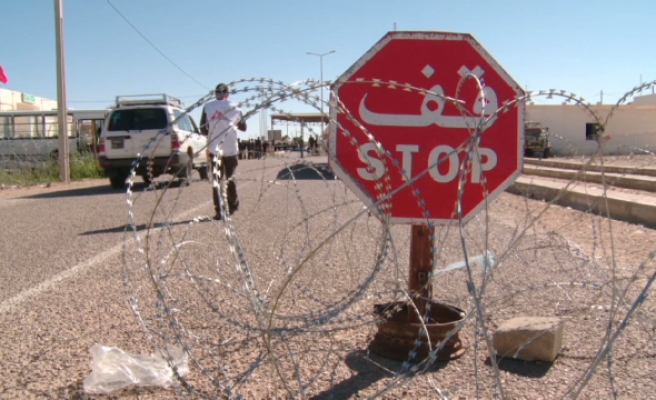 Tunisia on Saturday completed the construction of a barrier along its border with Libya, months after attacks on its national museum and a beach resort that killed dozens of tourists.

Defence Minister Farhat Horchani told reporters that the construction of berms and water-filled trenches marks "an important day" for Tunisia in its struggle against "terrorism".

"Tunisia is capable of fighting against terrorism in an active and efficient way," Horchani said during a tour of the barrier.

It stretches some 200 kilometres (124 miles) from Ras Jedir on the Mediterranean coast to Dhiba further southwest, across about half the length of the frontier between the two neighbours.

Horchani said a second phase of the project will include installing electronic equipment with the help of Germany and the United States.

He said the barrier, which Tunisia calls a "system of obstacles", has already "proven its efficiency".

"On several occasions we have stopped and arrested people who were trying to smuggle weapons," he said.

In March last year, 21 tourists and a policeman were killed in a gun attack on the National Bardo Museum in Tunis, and in June an attack at a beach resort near Sousse killed 38 holidaymakers.

At the time, the interior ministry said the explosive used in the attack was the same used to make suicide belts illegally brought from Libya and seized last year.

After November's attack, Tunisia shut its border with Libya for a fortnight and in December it closed its main Tunis-Carthage international airport to Libyan aircraft as part of increased security measures.

Official sources estimate that as many as 6,000 Tunisians have travelled to fight in Iraq, Syria and Libya, with many opting to join extremist militant groups including ISIL.