Tunisia's two biggest parties on Monday called for an investigation into the death of a Tunisian protester during protests in the southeastern town of Dehiba. 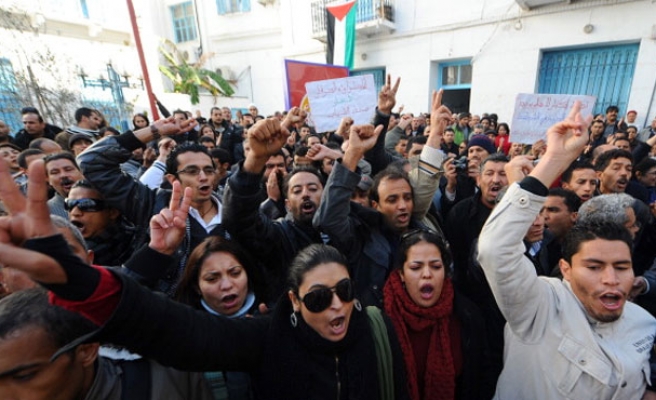 The Tunisian government on Monday opened an investigation into violence in the southeastern town of Dehiba, which left one protester dead.

Following the first meeting of the new cabinet, government spokesman Ahmed Zarouk said that the government has decided to open an administrative investigation into the events.

On Sunday, angry demonstrators took to the streets in Dehiba and set a police checkpoint ablaze to protest the imposition of 30 dinar (roughly $15.6) tax on foreigners crossing into Tunisia from Libya through Ras Ajdir border point.

One protester was killed in the protests.

Earlier Monday, the secular Nidaa Tounes party and Ennahda movement, Tunisia's two biggest parties, called for an investigation into the death of a Tunisian protester during the protests.