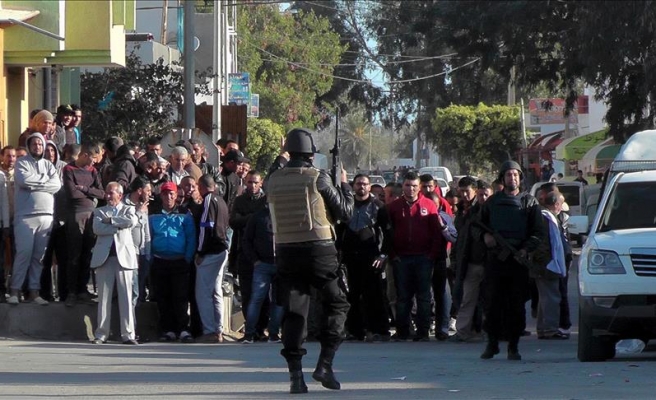 Tunisian authorities imposed a night-time curfew Monday in the eastern town of Ben Guerdane near the Libyan border following militant attacks on army and police facilities in the town.

The move came shortly after 25 people were killed when militants attacked an army barracks and police and National Guard posts in the town.

According to the defense and interior ministries, at least 21 terrorists and four civilians were killed and six militants arrested in the attacks.

The two ministries said that border crossings between Libya and Tunisia were shut and a manhunt was underway to nab the attackers.

Last week, Tunisian authorities said that five militants had been killed and a cache of weapons seized in Ben Guerdane.

In November, at least 13 presidential guards were killed in a suicide bombing in capital Tunis, in an attack claimed by ISIL militant group.

Following the attack, Tunisian authorities declared a 30-day countrywide state of emergency, along with a curfew in the capital and in three other provinces.

In an attempt to stop militants’ infiltration into its territories, Tunisia has built a 200-km barrier along border with Libya, which has fallen into a civil war since the 2011 ouster and death of strongman Muammar Gaddafi.