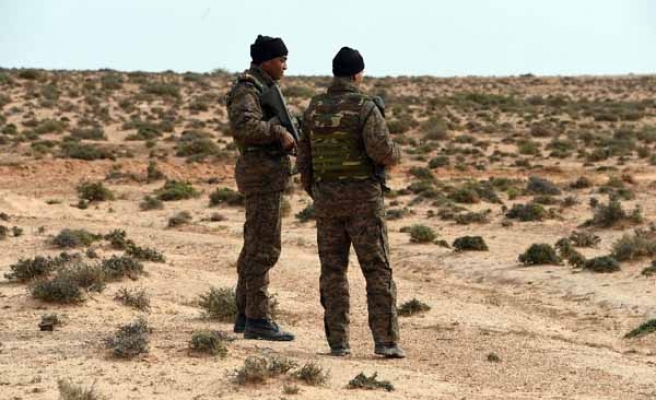 Tunisian security forces killed five fighters near the Libyan border on Wednesday in a gunbattle in which one civilian also died and an army commander was wounded, the government said.

Troops had been on alert after receiving reports that militants had slipped across the border over the past three days in response to a US air strike on an ISIL training camp in Libya on February 18 that targeted a senior Tunisian commander, the interior ministry said.

The militants were killed after being surrounded by troops in a house in El Aouija, 10 kilometres (six miles) outside the town of Ben Guerdane, the defence ministry said.

The army commander was wounded in the head during the operation but was in a stable condition, ministry spokesman Belhassen Oueslati told AFP.

The civilian was killed by a stray bullet, the interior ministry said in a statement.

Explosive vests, improvised grenades and a large quantity of munitions were recovered from the slain militants, it added.

Tunisia has built a 200-kilometre (125-mile) barrier that stretches about half the length of its border with Libya in an attempt to prevent militants from infiltrating.

A series of deadly attacks by ISIL on foreign holidaymakers last year, which have dealt a devastating blow to the country's tourism industry, are believed to have been planned from Libya.

Last month's US strike on the ISIL training camp outside the Libyan city of Sabratha targeted the suspected mastermind of two of the attacks, Noureddine Chouchane.

Washington has said that Chouchane was likely killed along with dozens of other militants.

Britain announced on Monday that it was sending a team of around 20 soldiers to Tunisia to train troops patrolling the border with Libya.