Tunisia's presidency has said the de facto Saudi ruler will visit the North African nation for several hours on Tuesday as part of a regional tour, without providing details on the programme. 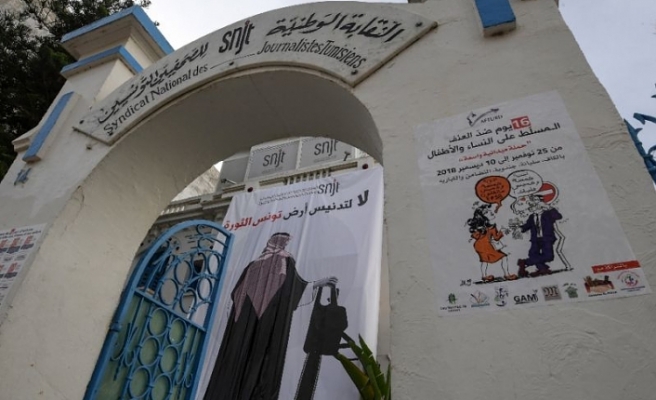 Tunisian unions and civil society groups called for protests on Monday against a planned visit by Saudi Crown Prince Mohammed bin Salman, over the murder of journalist Jamal Khashoggi.

A demonstration is planned for Monday at 5 pm (1600 GMT) in the center of Tunis, organized by the National Union of Tunisian Journalists and several NGOs and civil society organizations.

Other protests -- organized by student bodies -- are planned for Tuesday morning in Tunis and the city of Sfax.

Saudi Arabia has faced intense global criticism over the killing of insider-turned-critic Khashoggi in its Istanbul consulate on October 2.

He was reportedly dismembered in what Saudi Arabia said was a "rogue" operation, but CIA analysis leaked to the US media pointed the finger at Prince Mohammed.

"No to the desecration of Tunisia, country of the revolution" read a large banner displayed over the weekend at the journalists' union, depicting a man in traditional Saudi dress holding a chainsaw with his back to the camera.

In an open letter to Tunisia's presidency, the journalists' union slammed "the visit of the Saudi crown prince, which constitutes a danger for the safety and the peace of the region and the world, and a real threat to freedom of expression".

His arrival, the union said, would be "a flagrant violation of the principles of our revolution".

The Saudi crown prince is on his first foreign tour since the Khashoggi affair erupted, taking in the UAE and Bahrain ahead of Tunisia.