Two Tunisian prisoners died recently at an interrogation center, drawing criticism from rights organizations, which said the two prisoners might have been tortured. 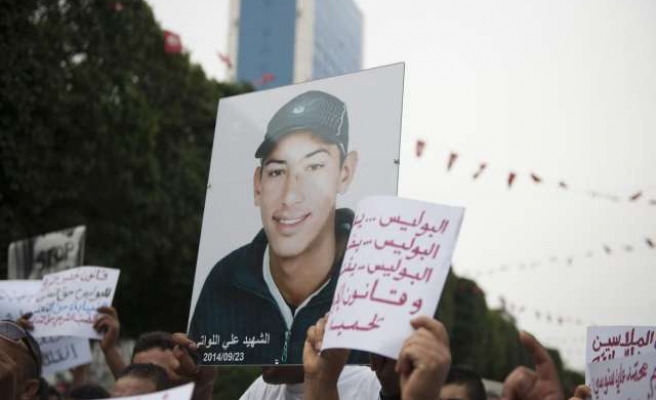 Twenty-seven local and international rights groups on Wednesday staged a protest outside the headquarters of the Tunisian Interior Ministry in the capital Tunis against the alleged torture and maltreatment of prisoners.

"The civil society will continue to struggle to stamp out this phenomenon [prison torture] altogether," Radhia Nasraoui, director of the Tunisian Organization Against Torture, told Anadolu Agency.

She called for punishing security officials involved in torturing prisoners, warning that failure to bestow punishment would these "horrible practices" to continue.

Nasraoui claimed that forensic pathologists had fabricated reports about prison victims in the past in order to protect policemen from punishment.

The rights defender went on to claim that torture practices have grown in Tunisia, especially after the popular uprising that ended the autocracy of ex-Tunisia president Zine al-Abidine Ben Ali in 2011.

Hend Kechine, a member of the World Organization Against Torture, said that torture has been taking place in Tunisia's prisons since the revolution.

She underlined the need for the government to have the political will to stop these practices, referring to the presence of several mechanisms for stopping them, including supervision, laws and the judiciary.

Two Tunisian prisoners died recently at an interrogation center, drawing criticism from rights organizations, which said the two prisoners might have been tortured.

The Interior Ministry said on its Facebook page that it had opened investigations into the accident.

Interior Minister Lotfi Ben Jeddou conceded the presence of violations inside prisons, including maltreatment. He, however, said that these violations did not reach the level of "systematic torture."