Mna Guebla detonated explosives Monday near a gathering of police cars in the upmarket Avenue Habib Bourguiba in central Tunis, wounding 15 officers and two teenagers in the first such attack in the city since 2015. 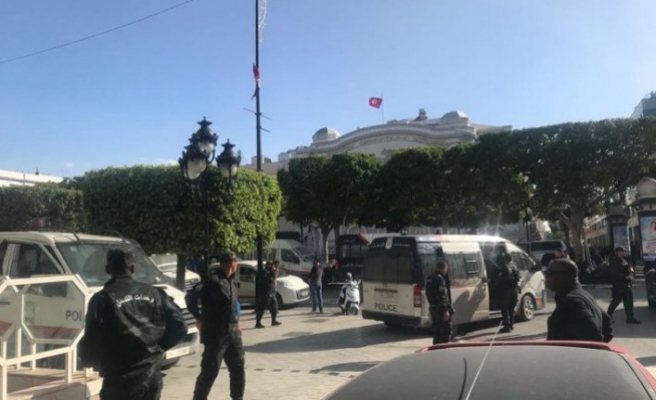 A suicide attack by an unemployed graduate woman on a busy street in the Tunisian capital this week was an "isolated act", a government minister said Tuesday.

Interior Minister Hichem Fourati, whose ministry is on the same street, said Guebla was not on a watch-list of potential extremists "and was not known for her religious background or affiliation."

"It was an isolated act, the security services were on the alert, they intervened very quickly," he told AFP.

Police sources said the assailant appeared to have used a homemade bomb rather than an explosive belt.

Her family said that in the three years since she graduated, she had been unable to find a job in that field and had instead occasionally worked as a shepherdess.

Eight years since a revolution that toppled longtime dictator Zine El Abidine Ben Ali, Tunisia's economy is stagnant and around a third of young graduates are unemployed.

Authorities had not previously identified Guebla as a potential extremist, Sliti told AFP.

The prosecution spokesman said there had not yet been any arrests in connection with Monday's attack.