The court also ordered Ben Ali and once-prominent businessman Sakher al-Materi, who were tried in absentia, to pay 97 million dinars each in fines. 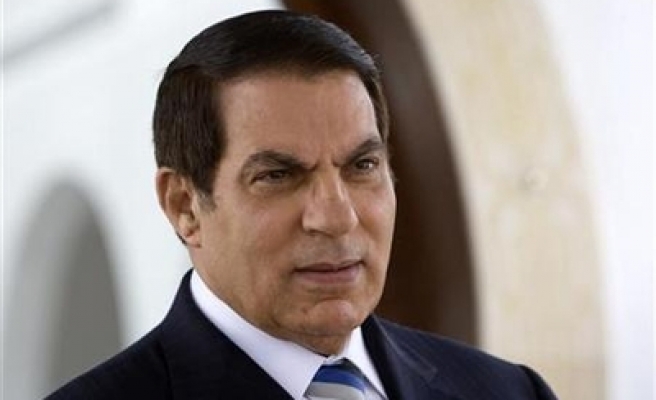 A Tunisian court sentenced ousted president Zein al-Abidine Ben Ali and his son-in-law to 16 years each in jail on Thursday, on charges of corruption that helped fuel a revolution that spread across the Arab world.

The court also ordered Ben Ali and once-prominent businessman Sakher al-Materi, who were tried in absentia, to pay 97 million dinars ($70.65 million) each in fines. It sentenced Ben Ali's daughter Nisrine, married to Materi, to 8 years in jail in absentia and ordered her to pay 50 million dinars.

Ben Ali's overthrow in January after weeks of protests inspired the wave of "Arab Spring" uprisings that spread across the Middle East and North Africa this year.

He fled with members of his close family to Saudi Arabia, where he is now in exile, after 23 years in power. Thursday's trial was the third against Ben Ali, who has refused to attend.

Ben Ali and his wife Leila Trabelsi were each sentenced to 35 years in jail last month after being found guilty of theft and illegal possession of jewellery and large sums of cash.

His case is being watched closely in Egypt, where former president Hosni Mubarak is due to stand trial over the killing of protesters who unseated him after 30 years in power.