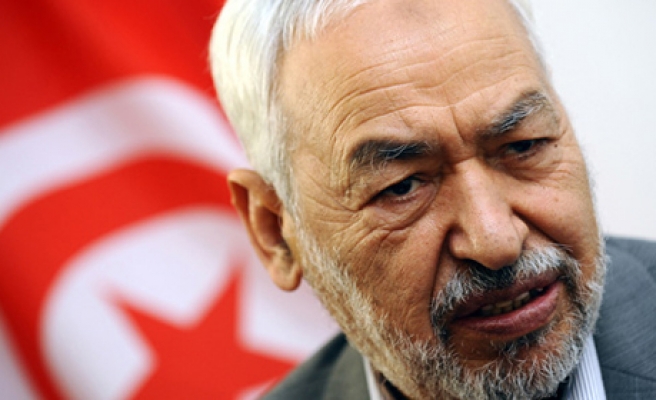 Discrimination against Muslims in Western society is pushing young men to join armed groups such as the Islamic State, according to a Tunisian leader.

Sheikh Rashid Al-Ghannushi, the 71-year-old-leader of the Ennahda movement, said many young Muslims turned to extremism after being marginalized by the societies they grew up in.

“They react, Western Muslims, because they think that, in ISIL [as the Islamic State was formerly known], they can find the solution to their marginalization in the societies they live in,” Ghannushi said.

A recent report from the Soufan Group intelligence consultancy estimates 3,000 foreign fighters in Syria are from Western countries, including France, Britain and Germany.

Although just a fraction of the 19 million Muslims in the European Union, images of European-born jihadists in Iraq and Syria have an inflated impact on how Muslims are perceived.

Such is the affect that many Muslims living in the West even feel compelled to change their names.

One Iraqi woman living in Sweden told The Anadolu Agency she changed her Arabic name to blend in.

“There is a sense or fear among the Middle Eastern population that their resumes get rejected because they have Arabic or Muslim names,” she said.

Ghannushi, whose party holds more than 40 percent of seats in the Tunisian parliament, said such behavior was not uncommon. “It is almost enough to face injustice for someone to have names such as Muhammed or Hatice and not to be accepted by the society they live in,” he said.

According to Amnesty International, discrimination against Muslims affects self-esteem and “can result in isolation, exclusion and stigmatization.”

Explaining the attraction of groups like IS, Ghannushi described young men’s interest as “a reaction against what American and Western armies have done in Iraq and in the region – they destroyed the unity of Iraq and imposed a new constitution on Kurds, Sunnis, Shias and Turkmens.”

He added: “They delivered Iraq to the Shias, so [former Iraqi prime minister] Maliki dominated Iraq and eliminated the Sunnis in the region, and ISIL stepped in with negative reaction to this negative action.”

Nouri al-Maliki was much-criticized for anti-Sunni sectarianism during his time in power.

However, Ghannushi said ISIL’s ‘caliphate’ is a false idea that does not represent Islam.

“The Muslims in Europe, they might make a very big mistake if they see ISIL as an alternative to Islamic ideas,” Ghannushi said. “And it will be false if they think ISIL can revive Islamic civilization or recover from the situation they are facing now.”

He said region of Iraq and Syria is unique because of the many religious groups that live there. “Islam was protecting them but now ISIL eliminate this rich national heritage,” Ghannushi added.

“The image of Islam represented by ISIL is foolish. It is very negative for the Islamic heritage of liberty and morality, because Islam is mercy, justice, morality.

“ISIL try to eliminate the heritage of morality in Iraq, where there is a heritage of a very rich civilization.”