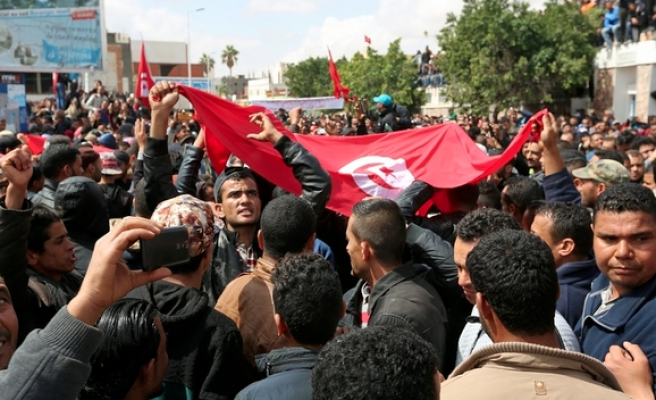 Thousands of Tunisians across the country took to the streets Thursday to protest the U.S. president’s controversial decision to recognize Jerusalem as Israel’s capital.

"The people demand the liberation of Palestine," protesters chanted. "From Tunis to Jerusalem [Al-Quds], we all stand together".

“We consider Jerusalem a red line," he added. “The holy city will always be Palestine’s capital.”

Beltayyib went on to urge the Tunisian government and parliament to step up support for the Palestinian people and cause in the international arena.

Pro-Palestine demonstrations were also seen Thursday in the Tunisian cities of Kairouan, Sfax, Sousse, Gafsa and Bizerte, among others.

According to Trump, the U.S. State Department has already begun preparations for the relocation of Washington’s Israel embassy from Tel Aviv to Jerusalem.