Two presidential candidates appear to be the frontrunners in the upcoming polls – interim President Moncef Marzouki and Beji Caid Essebsi, who served as parliament speaker under Ben Ali. 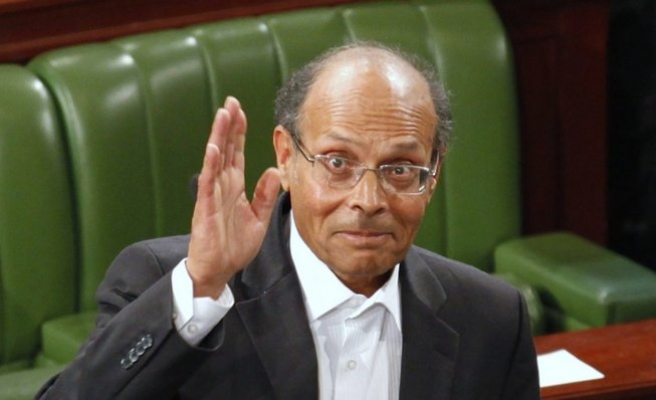 Tunisians are preparing to cast their ballots on Sunday to elect a new president in a vote billed as the country's first free and fair presidential election.

Twenty-seven presidential candidates are vying for office in the weekend vote, the last phase of Tunisia's transitional phase which began in the wake of the ouster of autocrat Zine al-Abidine Ben Ali in early 2011 after massive protests against his 10-year rule.

More than 5.2 million Tunisians are eligible to cast ballot in the Sunday presidential election.

According to figures by the Tunisian electoral commission, most eligible voters are concentrated in capital Tunis and the provinces of Manouba, Ariana and Ben Arous, which have a combined total of some 1.2 million registered voters.

The southeastern Sfax 1 and 2 electoral districts come in second with some 441,000 registered voters, while the eastern Nabeul 1 and 2 districts with around 370,000 voters.

Two presidential candidates appear to be the frontrunners in the upcoming polls – interim President Moncef Marzouki, who was voted in office by members of the elected Constituent Assembly a few months after Ben Ali's ouster, and Beji Caid Essebsi, who served as parliament speaker under Ben Ali.

Essebsi's is also the leader of Nidaa Tounes Party, which clinched the most seats by a single party in last month's parliamentary polls.

Youth aged between 18 and 40 make up a sizeable 67-percent majority of total eligible voters in Tunisia, according to the Tunisian electoral commission's figures.

However, observers noted a visible weak showing of younger voters during the parliamentary elections, linking their apparent disinterest in voting to a sense of disillusionment at the country's post-revolution socio-political conditions amid persistently high rates of unemployment.

"Youth aged 18 to 25 might still not consider it a priority to exercise voting," Sociology professor Mohamed al-Goueili told The Anadolu Agency.

"However, those between 25 to 30 years old did participate more than their younger counterparts in the parliamentary elections and do care more about voting as they begin to assume work and family responsibilities."

Goueili, who leads the government-run National Youth Observatory, still had reasons to believe that young voters would make a stronger showing in Sunday's polls.

"A young voter might find a role model in a presidential candidate," Goueili said.

Tunisia has a population of around 11 million, half of which are below 18, according to latest government figures.

As Tunisians flock to the polls Sunday to elect a new president, The Anadolu Agency asked a number of citizens in the coastal town of Sousse about what traits and accomplishments their "ideal" president would have.

Some said the country's next president must have considerable experience in managing affairs of state; others emphasized that the new president must bring all Tunisians together – without discrimination – to attain social justice for all citizens.

Others stressed that the next president must defend freedoms and democracy, as well as prioritize problems related to security and the national economy.

"The [new] president must fight terrorism and focus on fighting unemployment and providing security," Monzir Abdallah, a taxi driver, told The Anadolu Agency.

"He must be a veteran politician with great expertise and must work for the good of the country," said boutique owner Ali al-Maghrabi.

According to Mannia al-Bahari, an employee at a company, the next president should not be more than 60 years old.

Law student Ahmed, for his part, said the next president must be an "honest statesman who cares about human rights."