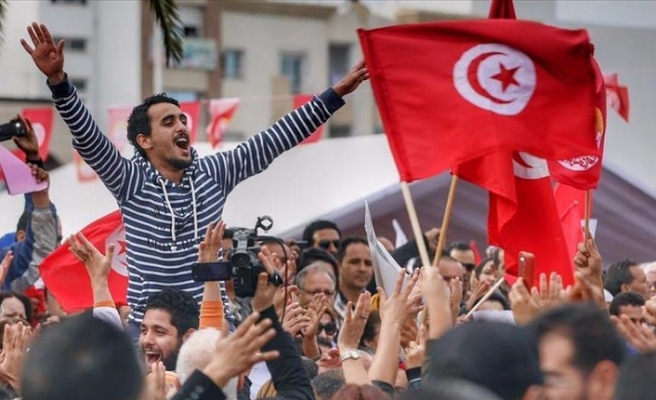 The protest calls come in the aftermath of the Oct. 2 murder of Saudi journalist Jamal Khashoggi inside the Saudi consulate in Istanbul.

"We will protest the visit by a top official [bin Salman] who is waging a brutal war on the Yemeni people and who is involved in the barbaric murder of a Saudi citizen [Khashoggi]," Tunisian activist Tareq al-Kahlawi told Anadolu Agency.

"This individual should be investigated and prosecuted based on what has been revealed about his involvement in the Khashoggi murder case," he said.

Al-Kahlawi went on to assert that Tunisia “respects human rights and therefore cannot accept a visit by this person”.

In remarks carried by local media outlets, Saida Karach, a spokeswoman for the Tunisian presidency, confirmed that the Saudi crown prince planned to visit the North African country next Tuesday.

“The visit comes upon the request of Crown Prince bin Salman as part of a 10-nation tour that he plans to embark on,” she added.

Earlier this week, Saudi Energy Minister Khalid Abdulaziz al-Falih said the crown prince planned to attend a G20 summit in Argentina on Nov. 30 as part of a wider international tour.

Khashoggi, a frequent contributor to The Washington Post, was killed shortly after entering the Saudi consulate in Istanbul.

After weeks of changing its story, Saudi Arabia eventually claimed that Khashoggi had been killed in a botched rendition operation by rogue Saudi agents.