The two front runners in Tunisia's presidential election are heading for a run-off vote in December, after failing to get an overall majority in first round results announced 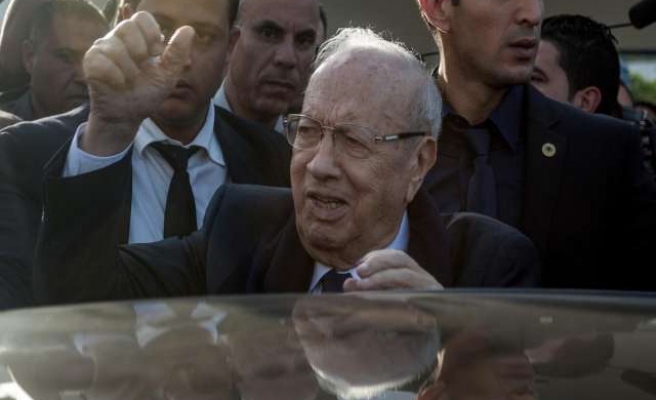 Tunisian secularist leader Beji Caid Essebsi beat incumbent President Moncef Marzouki in the first round of landmark presidential elections, but the two men will have to meet again in a December run-off, early results showed on Tuesday.

Essebsi, from the Nidaa Tounes party, got 39.46 percent in Sunday's poll, short of the needed overall majority but ahead of Marzouki, who got 33.4 percent, according to the figures.

Essebsi is a former Ben Ali official and Marzouki had depicted the race as a chance for voters to reject the old guard.

More than three years since overthrowing Ben Ali's one-party rule, Tunisia adopted a new constitution, and rival parties have largely avoided the turmoil that has plagued other Arab states swept by popular revolts.