Tunisia's main party to stay out of presidential election 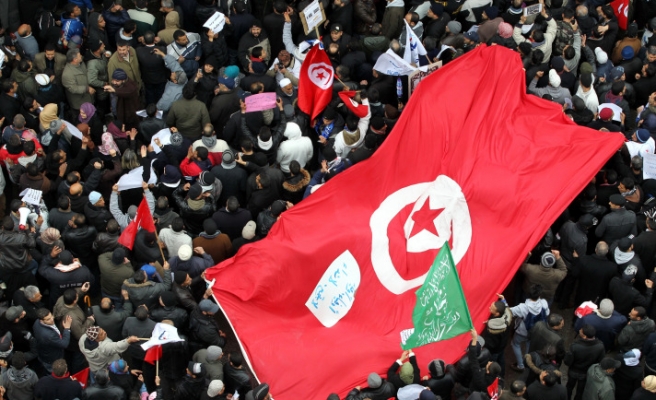 Tunisia's main party, Ennahda, said on Sunday it would not contest a presidential election in November, in the interest of ensuring an inclusive government for all Tunisians.

Ennahda is one of the two front-runners to win next month's parliamentary election and provide the next prime minister, but opposition groups claim its dominance of the last government almost derailed Tunisia's transition to democracy following its revolution of 2011.

The president makes senior military and foreign policy appointments as well as nominating the prime minister, and ceding the post to an outside candidate on Nov. 23 sends a signal that Ennahda will avoid making the same mistakes if it wins the parliamentary election.

"We want to send a positive message to the Tunisian people and politicians ... We do not want to dominate all contests, especially since Ennahda will feature strongly in the parliamentary election next month," party spokesman Zied Ladhari told Reuters.

Ennahda won the first free election after the overthrow of autocratic president Zine El-Abidine Ben Ali in 2011, but was accused by the opposition of seeking to entrench itself in power, disregarding the interests of a large secular urban population.

When two secular opposition leaders were assassinated last year, the only stable, democratic government to emerge from any of the Arab Spring revolutions appeared to be in jeopardy, until Ennahda stepped down in favour of a non-partisan interim government.

With a new, broad-based constitution now agreed and in force, the Oct. 26 parliamentary election should complete Tunisia's transition to full democracy.

Opinion polls taken two months ago put both Ennahda and the main secular party, Nida Tounes, on around 30 percent.

The decision not to contest the presidential election will reinforce speculation that Ennahda could try to form a coalition government with Nida Tounes - something that Nida Tounes head Beji Caid Essebsi has told Reuters he would be open to if the election fails to produce a clear winner.

Ennahda said it would support a consensus candidate for the presidency "who can unite Tunisians", but had not yet discussed a name.

Nominations were due to open on Monday and the candidates are likely to include incumbent Moncef Marzouki as well as Essebsi, Republican party leader Nejib Chebbi, and Hachmi Hamdi, head of the Tayar Al Mahaba party.