Turkish Foreign Ministry has dismissed Egyptian government’s allegations that President Erdogan was interfering in the internal affairs of Egypt. 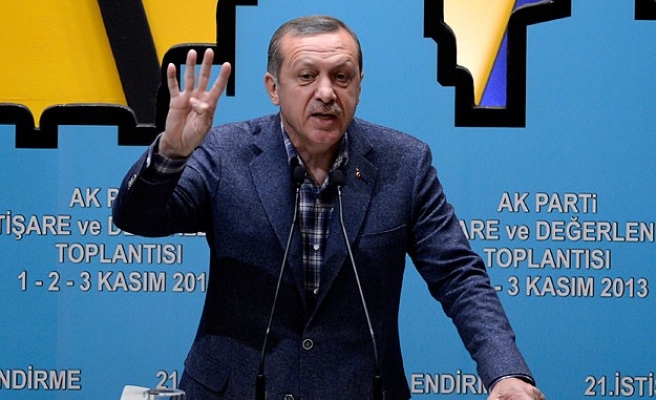 The ministry said in a statement that all allegations about Erdogan were unacceptable and did not fit within diplomatic norms.

Turkey has repeatedly called on the Egyptian regime to meet its own people's demands for genuine democracy, equality and freedom.

"However, it is observed that Egypt's pro-coup executives have been asserting unacceptable claims against our country as an indication to their guilty conscience and incapability," the Turkish ministry’s statement said.

The statement also said the Egyptian regime should not get the idea that their inhumane actions in Tahrir Square in 2012, which left thousands of protesters dead and the recent release of former President Hosni Mubarak, who was said to be responsible for the killings, had gone unnoticed.

A criminal court in Egypt dropped Saturday all charges against Mubarak, his interior minister and several Egyptian interior ministry officials for conspiring to kill protesters during the uprising that forced the former president out of power in early 2011.

Egypt condemned Monday Erdogan’s statement about the situation in the Arab country.

"We view as strange Erdogan's flagrant interference in Egypt's internal affair and his underestimation of the will of the Egyptians reflected in a popular revolution and presidential election that were proven fair by regional and international organizations," the Egyptian foreign ministry had said in a statement.

Turkey has frequently described the takeover by the current Egyptian President Abdel Fattah al-Sisi as a military coup.