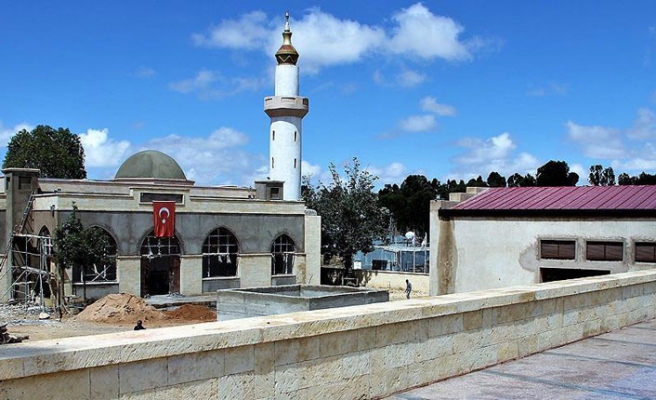 A Turkish body completed the restoration of an ancient mosque in Ethiopia.

Turkish Cooperation and Coordination Agency (TIKA) completed the restoration of the Al-Nejashi mosque, the tomb of the Abyssinian King Ahmed Nejashi, and 15 tombs of the companions of Prophet Muhammed.

Located in the town of Wukro, 790 kilometers (over 490 miles) north of Ethiopia's capital Addis Ababa, Al-Nejashi is said to be the first mosque in Africa. It is named after Nejashi, who hosted companions of the Prophet who escaped persecution in Mecca.

In a statement TIKA said the restoration is part of a scheme to promote common cultural values and assets abroad and to contribute to the development of inter-governmental cooperation.

As part of the project, the road that leads to the mosque was restored. The path leading to the tombs in the backyard of the mosque is called "Companions street".

"The project restored the tombs and made them fit for visitors. The design will promote tourism and as a result contribute to infrastructure such as hotels, shopping malls, restaurants and museums in the area," it added.

Al-Nejashi mosque holds an important place in Islamic history. This is where the first hijra (migration) took place by the companions of the Prophet following persecution and torture in Mecca.

On orders of the Prophet, they set out on the journey, crossed the Red Sea and reached the Horn of Africa to establish the first Muslim community of Africa.

Al-Nejashi welcomed the immigrants and guaranteed them protection. Influenced by the faith, he soon accepted Islam.

Recently, neighbors Ethiopia and Eritrea signed a peace deal after two decades of conflict and Eritrean Muslims made the mosque their meeting point.

The 10th of Muharram on the Muslim calendar was marked at the mosque with attendance of thousands of Eritrean Muslims.