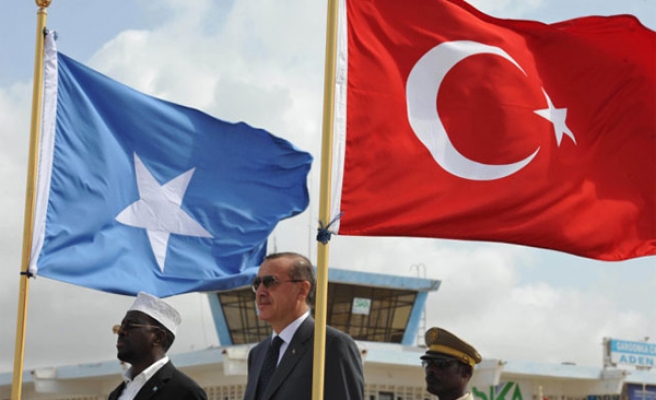 "As the outcome of my visit Turkey and Somalia have agreed to have a strategic cooperation between our two countries on security, fighting terrorism, economic growth and economic development on infrastructure and businesses," Khayre told Anadolu Agency on Friday, during his first official visit to Turkey.

"We also agreed on a project to create jobs in Somalia through investment in infrastructure and we hope that this will lead to increase business activity in the country," he said.

Khayre underlined that Turkish contractors and investors have invested more than $350 billion in more than 118 countries, noting that only $75 million of this number go to Somalia.

The Somali prime minister said that the leaders of the two countries also agreed on the strategic business alliance and stated that the investment in Somalia will increase in the future.

During his three-day visit, Khayre on Thursday met the injured victims of the recent Mogadishu blast, who have been receiving treatment in a hospital in Ankara.

Khayre said that the health condition of some victims have improved, while there are others in critical condition.

35 injured were airlifted to Turkey for medical treatment following the Oct. 14 truck bombing, which killed at least 358 people and injured 228 others in Mogadishu.