“This cooperation is very important for Somalia. After 20 years of instability, such a proposal from a big country like Turkey is appreciated by the Somali people,” said the envoy 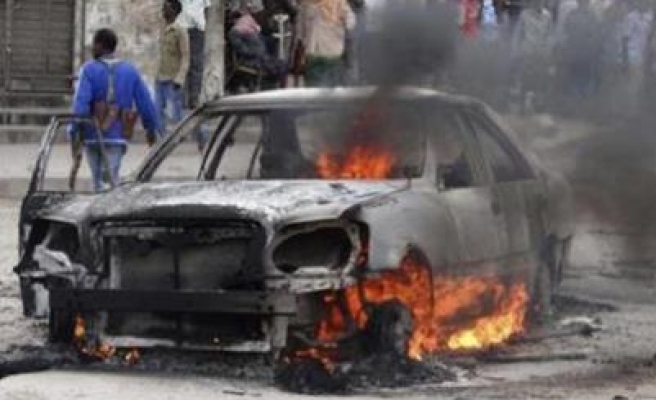 The Somali ambassador to Ankara has stated that Turkey will step up its efforts in training police and intelligence forces in Somalia after the recent bombing attack on the Turkish mission in Mogadishu by al-Shabaab, adding that Turkish support was valuable.

“If we had strong institutions as in Turkey, we would be able to prevent such attacks from happening. When we rebuild our institutions, our country will be secure. Turkey and Somalia have inked deals on training police and intelligence forces. Now, we are waiting for our police forces to be trained in Turkey,” Mohamed Sheikh Abdirahman told Today's Zaman in an exclusive interview.

The agreement between Turkey and Somalia to establish cooperation mechanisms in the field of training forces was signed in May 2010 and approved by Turkish Parliament last November.

Abdirahman maintained that after the attack, the two countries further enhanced their ties over the cooperation of forces. “This cooperation is very important for Somalia. After 20 years of instability, such a proposal from a big country like Turkey is appreciated by the Somali people,” said the envoy, adding that training the intelligence forces is also of great importance.

Saying that Turkey has served as a strong partner to Somalia after the African country experienced two decades of conflict, the ambassador underlined that such terrorist attacks would fail to succeed in the future.

Condemning the attack that killed three people and wounded many others, Abdirahman underlined that those behind the attack should be brought to justice as soon as possible.

The Ankara Public Prosecutor's Office has launched a direct investigation regarding al-Shabaab within the scope of "crimes against the Turkish state" in line with Article 13 of the Turkish Penal Code (TCK) referring to offences to which Turkish law should apply when committed in a foreign country.

“An investigation is currently in process. I spoke with Turkish officials and they will inform us about the outcomes of the process,” said Abdirahman.

The ambassador also stated that Somali Prime Minister Abdi Farah Shirdon, who called Turkish Prime Minister Recep Tayyip Erdoğan on Wednesday to convey his condolences for killings, is scheduled to visit Turkey in the coming days.

Turkey has strongly condemned the attack in the "strongest terms possible,” maintaining that it would continue to provide help to the country despite the attack.

Al-Shabaab, which said earlier that it would increase attacks during the Ramadan fasting period, had previously condemned Turkey's involvement in Somalia, as Turkey is among the few countries that reopened their embassies in war-ravaged Mogadishu.

“Somalia suffered years of instability. Turkey plays an important role in rebuilding the country. Turkish people have developed the infrastructure of the country; they have built schools, hospitals and roads,” said Abdirahman.

Turkey has led efforts to help Somalia, as the fragile country is attempting to rebuild itself after two decades of civil war and lawlessness. Aid from Turkey in the aftermath of the 2011 famine in Somalia, the opening of the Turkish Embassy in Mogadishu in November 2011 and a visit by Erdoğan to Somalia in August of the same year provided momentum in Turkish-Somali relations.

During his visit to Somalia, Erdoğan, who was the first non-African government leader to do so in nearly 20 years, visited several refugee camps in the country, pledging more aid in cash and infrastructure.

Attack may be regional powers' warning to Turkey

“Turkey has never been a natural foe in the eyes of al-Qaeda. But they [al-Qaeda] could be manipulated by different countries. There could be a finger of regional powers that have concerns over Turkey's foreign policy [in this attack],” said Prof. Dr. Mustafa Kibaroğlu, the head of the international relations department at İstanbul's Okan University, in a phone interview with Today's Zaman.

Deputy Prime Minister Bekir Bozdağ had stated that Saturday's attack in Mogadishu was the first one in the impoverished country in which an al-Qaeda proxy directly targeted Turkey. He noted that despite al-Shabaab assumimg responsibility, "the investigation will continue to determine whether there are other calculations and actors behind this [attack].”

Turkish officials who declined to be named also told Today's Zaman that it would be accurate to conduct investigations based on who could have been disturbed by Turkey's soft power in the region.

“Such attacks are closely related to regional balances. Turkey's activities in the region are putting pressure on the status quo in the civil war-torn country. Different armed groups may feel that their authority has been disturbed indirectly by Turkey,” said Nihat Ali Özcan, a strategy expert and a researcher at the Economic Policy Research Foundation of Turkey (TEPAV), in remarks to Today's Zaman.

Turkey's approach to Somalia different from that of other foreign countries

The Somali ambassador has also maintained that the Turkish approach towards Somalia was different when compared to that of other foreign countries, saying that Turkey occupies a special place in the hearts of the Somali people.

“Turkish people work on the ground rather than just donating. Al-Shabaab doesn't want a Turkish presence in Somalia. Al-Shabaab does not want the country to develop. They don't have any agenda for reconciliation... That's why they are attacking our friends and brothers,” said Abdirahman.

Al-Shabaab controls far less territory today than it did in recent years, and its influence appears to be on the decline, but recent attacks proved that the group is still capable of pulling off well-planned assaults.

The group has carried out several brazen attacks in the past two months. It recently targeted law courts but also hit a convoy of the Turkish Red Crescent (Kızılay) and African Union (AU) in Mogadishu, killing at least 30 people in all the attacks, including one Somali individual working with Kızılay, and wounding 20, including three Turkish aid workers. Soon after the attacks, the Turkish government pledged to continue to provide support to the people of Somalia.

“The government expanded its control out of Mogadishu. However, al-Shabaab's tactic is simple: Hit and run,”said the envoy.