Turkish IHH humanitarian aid foundation has been providing assistance to people in the region in the last 15 years. 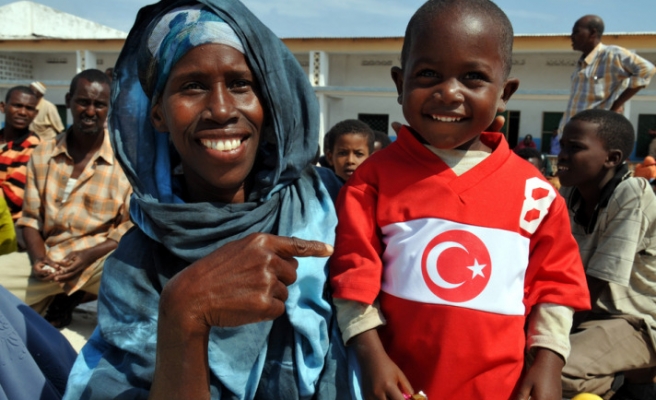 Dadaab Refugee Camp, which is located along Kenya's Somali border, is hosting nearly 600,000 Somalis who are in need of water, shelter, clothes and medical help.

Dadaab camp was established 20 years ago with 90,000-people capacity. It is one of the biggest camps in East Africa where nearly 12 million people are under the risk of death due to hunger and malnutrition.

Turkish IHH humanitarian aid foundation has been providing assistance to people in the region in the last 15 years.

Association of International Doctors (AID) emergency medical help coordinator Mahmut Coskun told A.A on Friday that infectious diseases were very high in the camp, adding that people were dying even of flu.

He said that birth and death of children in the camp were not recorded, adding that people were just burying their children when they died, and did not keep any record.

The most important need in the camp is food for children, he said.

Coskun said that there were two doctors and two health personnel in the camp, adding that nine more doctors would arrive in the region this week.