Addis Ababa Police Commission says most victims were beat with clubs and stones, or in fist fight 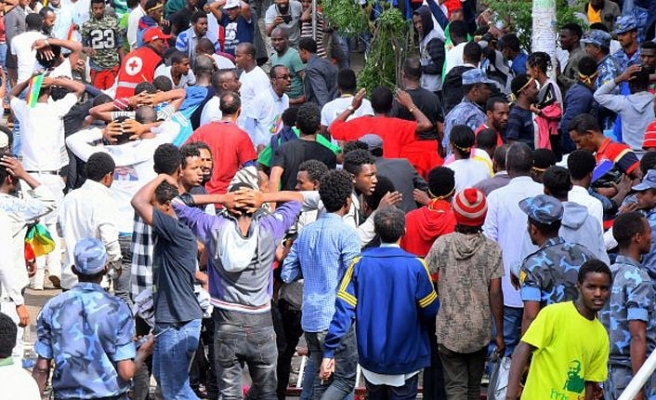 Twenty-eight people were killed last week in the Ethiopian capital Addis Ababa amid turmoil in the city, police confirmed on Monday.

Major General Degfie Bedi, Commissioner of Addis Ababa Police Commission, said in a televised news conference that the people were killed over illegal activities, including flag-raising and painting the streets with the flags of the once-banned Oromo Liberation Front (OLF) .

On Sept. 13-17, violence broke out as thousands thronged to welcome Dawud Ibssa, the exiled leader of OLF, across the city.

Bedi said seven people were killed by police who intervened to control the street clashes, while the remaining 21 lost their lives in the group fights at various places in the city.

The majority of the victims were beaten with clubs and stones, or in a fist fight, Bedi said.

“One of the seven dead was killed owing to mistake made by police,” he said, while another was shot dead trying to rob a court house.

Some 1,204 people were detained in connection with the street violence, he said, adding police have been gathering evidence to file charges against 107 for provoking violence.