The injured humanitarian workers, both Malian, were evacuated to the capital Bamako for treatment 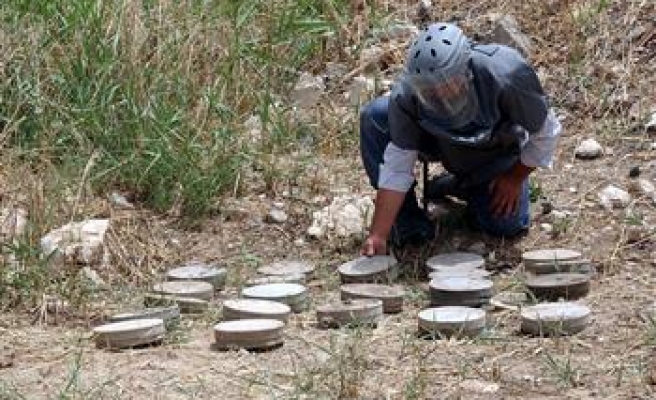 Two employees of humanitarian group Medecins du Monde's Belgian chapter were seriously injured on Wednesday when the vehicle they were travelling in hit a landmine in restive northern Mali, the organisation and a local official said.

"Around noon...a Medecins du Monde vehicle triggered a mine on the road from Kidal to the airport," the group said in a statement posted on its website. "The vehicles two occupants, including the driver, are seriously injured."

The statement was accompanied by a photo showing the twisted wreckage of a 4x4 bearing Medecins du Monde's logo.

Medecins du Monde said that there was no indication that the organisation had been specifically targeted.

Adama Kamissoko, the governor of Kidal, told Reuters that the vehicle had been on its way to the airport to pick up an arriving delegation. The injured aid workers, both Malian, were evacuated to the capital Bamako for treatment, he said.

Mali was thrown into turmoil after Islamist fighters linked to al Qaeda took advantage of a 2012 Tuareg-led rebellion and subsequent army coup in Bamako to seize control of the country's north.

A French military intervention drove the Islamists out of cities and towns last year, but sporadic attacks continue.

A Red Cross vehicle carrying five people went missing earlier this month between the northern towns of Gao and Kidal.