Calm reigned in Egypt ahead of planned protests by supporters of ousted president Mohamed Morsi for staging an "Islamic revolution". 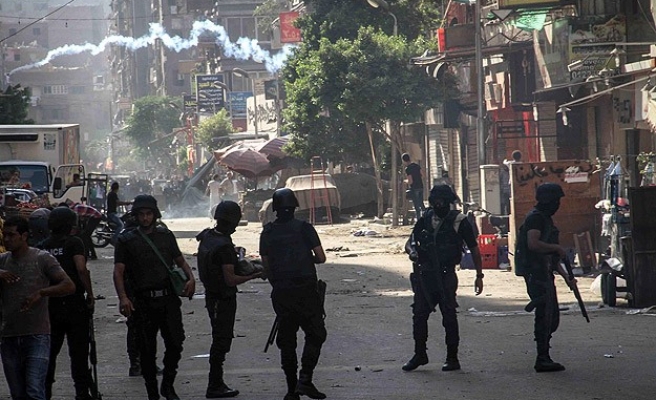 Two army officers were killed and two soldiers injured in two separate attacks in Egypt on Friday as the country braces for rallies demanding an "Islamic revolution".

An officer was killed and two soldiers were injured by gunfire in eastern Cairo, a security source said.

Another army officer was killed when unidentified people opened fire on him while checking security forces in the Abu Zaabal district in eastern Cairo, the source said.

The attacks came as Egypt's Salafist Front – a subcomponent of the main support bloc of ousted president Mohamed Morsi – called for an "Islamic revolution" on Friday with the aim of ending "military rule" and maintaining "Egypt's [Islamic] identity."

The call for protests has alarmed Egypt's security agencies, which have warned of potential violence by demonstrators.

Scores of protesters staged a brief rally in eastern Cairo's Nasr City neighborhood amid calls against the military. Similar rallies were also staged in several provinces as Kafr al-Sheikh, Menoufiya, Sharqiya and Gharbiya in the Nile Delta and the canal cities of Suez and Ismailia.

The Interior Ministry said that seven explosive charges had been defused Friday morning in four provinces.

But a source in the National Alliance for the Defense of Legitimacy, Morsi's support bloc, has put the number of detainees at 113.

Egyptian authorities have threatened to use live ammunition against anyone who attacks state institutions during the protests.

The country's overwhelmingly pro-army media had been speaking of impending violence as such calls for an "Islamic revolution" had never been made explicitly in Egypt.