Benghazi has recently seen a wave of near-daily attacks and bombings primarily targeting security and judicial figures and property. 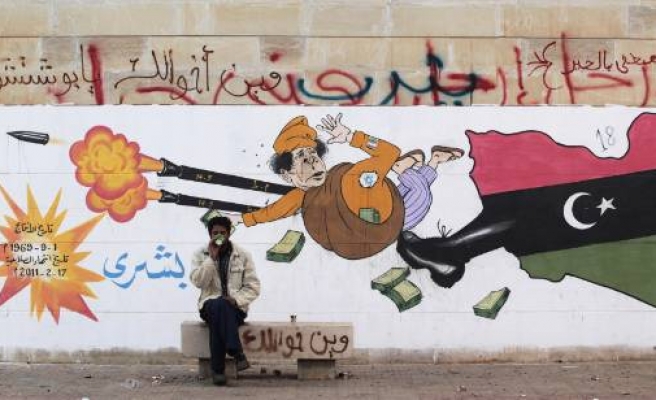 A former Libyan officer and a Lebanese national were killed in separate militant attacks in Libya's eastern city of Benghazi, according to medical sources.

"The Galaa hospital in Benghazi received late Saturday the body of a Lebanese national who was shot in different parts of his body," Fadia al-Barghathi, the hospital media officer, told Anadolu Agency on Sunday.

She said the 55-year-old Lebanese was targeted by unknown gunmen in central Benghazi.

Al-Barghathi said they also received the body of former officer gunned down inside a shop he owns in the al-Saberi district of the city.

Neither Libyan authorities nor Lebanese diplomats were available for immediate comment.

Benghazi has recently seen a wave of near-daily attacks and bombings primarily targeting security and judicial figures and property.

Libya has been struggling to restore order more than two years after the ouster of late strongman Muammar Gaddafi.

The transitional government and its security forces are trying to rein in armed militias that helped overthrow Gaddafi in 2011 but have since refused to disarm.