Two killed in riots over services, jobs in Algeria 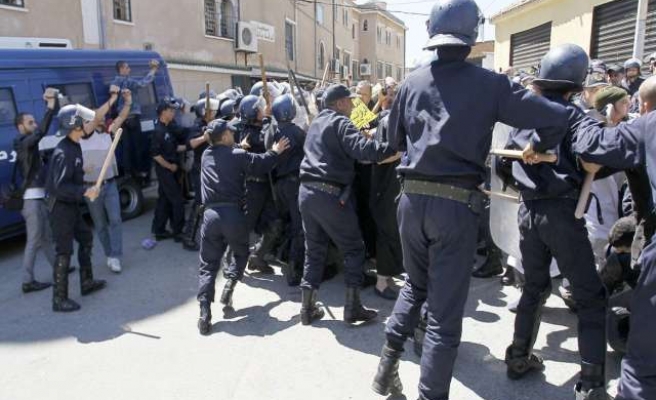 Two demonstrators were killed when clashes broke out late on Friday between riot police and residents demanding better living conditions in southern Algeria, residents and a hospital said.

Riots over public housing and services are common but rarely result in deaths in the OPEC oil-producing country where the government uses energy revenues to fund subsidy programmes to avert unrest.

About 25 protesters were also reported to have been injured in the riot in Touggourta, southern Algeria, after youths took to the streets to protest against lack of drinking water, jobs and subsidised housing.

There was no immediate comment from local authorities. But state news agency APS reported the deaths citing a hospital official and said policemen had been injured in the clashes.

Algeria mostly avoided the 2011 Arab Spring protests that rocked its neighbours and the government spent heavily on subsidised food and basic goods to calm protests over food prices.

The country relies heavily on oil revenues for state spending. With nearly $200 billion in reserves, Algeria is well-cushioned financially but some officials have noted risks from the fall in world oil prices.