The UAE and the Central African Republic have brokered a deal that will see CAR exporting its diamonds. 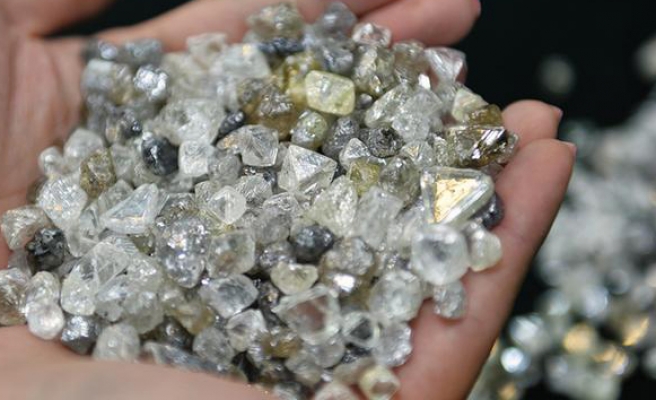 The Central African Republic (CAR) will soon be able to reenter the diamond export market after a deal was struck between the CAR government and producers brokered by the UAE in Dubai on Thursday.

The African country, rich in diamonds but embroiled in civil strife, has not been able to export the stones since 2013 due to concerns about security.

After a day long series of meetings chaired by Ahmed Bin Sulayem, chairman of the Dubai Multi-Commodities Centre, an agreement was struck between the CAR’s minister for mines, Joseph Agbo, and Viken Arslanian, an executive of Sodiam, the CAR’s main diamond miner.

Mr Bin Sulayem is 2016 chairman of the Kimberley Process (KP), the international body that regulates the diamond trade.

He said: “The effective resumption of exports from CAR was one of the main priorities of the KP chairmanship 2016 and I am particularly proud that we have been able to break the deadlock that has obstructed effective exports for so long."

Before CAR, one of the world’s poorest countries, ceased diamond exports, trade in the stones accounted for 40 per cent of its exports and provided a living for at least 1 million of its 4m population.

Although stones have been continued to be mined, mainly at the country’s Berberati mine, by Sodiam since then, it has been impossible to export them under the rules of the KP banning trade in “conflict diamonds".