The arrest is part of the decade-long dispute over fishing waters along border of two countries border. 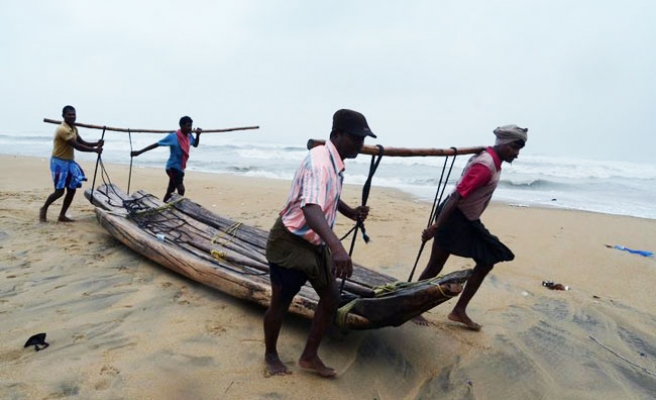 Twelve Kenyan fishermen have been detained by Uganda authorities near Hama Island in Lake Victoria for reportedly crossing into and fishing in Uganda’s waters.

The fishermen were arrested early Thursday by Ugandan police, who patrol the Lake Victoria waters and occupy Migingo island, eight nautical miles from the Kenyan mainland in Migori County in the South West of the country.

“We have reports that some of our colleagues were arrested deep in the lake by Uganda police but the information is scant. At Migingo, we have had a joint meeting with our colleagues from Tanzania discussing security,” a fisherman, Maurice Guro told AA.

Nyatike Sub County Commissioner, James Namtalla, said: “We received the information that the fishermen were arrested off Usenge Township in Siaya County, near Hama Island deep in the lake. The Regional Coordinator in Kisumu and the National government officials are following up with Ugandan authorities.”

He said initial reports are that the arrested fishermen were from Migingo, a tiny 2,000 square-meter rocky island located along the Kenya-Uganda border.

The Island has been part of Kenya according to colonial maps but is very close to the two countries' border, and not far from the border with Tanzania.

However, Uganda has since claimed the island, sparking off a long-running dispute which has not been resolved despite a flurry of meetings and boundary surveys over the past six years.

Uganda security officers have pitched camp on the Island since 2008 and hoisted their country’s national flag to “keep away” Kenyan fishermen from their country’s waters.

Kenya has fewer police officers in the island as part of a joint patrol unit to protect the fishermen but the two often clash, with the Ugandan team having more sway.

The dispute is mainly about control over fishing rights, with Kenyan businessmen being blamed for dwinding numbers of fish in the lake.