Uganda has beefed up security in all public areas in capital Kampala and along its borders with neighboring countries following an attack by Al-Shabaab militants in Kenyan capital Nairobi. 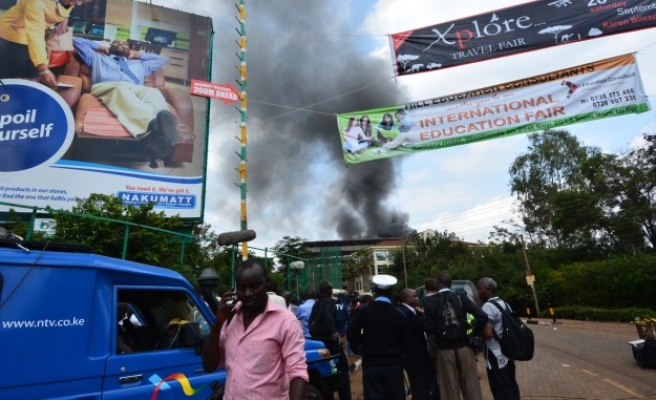 Uganda has beefed up security in all public areas in capital Kampala and along its borders with neighboring countries following an attack by Al-Shabaab militants in Kenyan capital Nairobi.

"Our security officers are on high alert following what happened in Kenya," Ugandan government spokesman Ofwono Opondo told Anadolu Agency on Monday by phone from Kampala.

Al-Shabaab claimed responsibility for the attack, saying it came in retaliation for Kenya's military involvement in neighboring Somalia.

Opondo said that Al-Shabaab militants had repeatedly threatened attacks on countries that have troops serving under the African Union Peacekeeping Mission in Somalia (AMISOM).

"We have been urging all Ugandans to be vigilant, especially those who work or move in public places," said the government spokesman. "What happened in Kenya could also happen here."

In July 2010, the Somalia-based Al-Shabaab militant group carried out twin bomb attacks in Kampala, killing over 80 football fans watching the world cup final at two popular venues in the city.

At the time, Al-Shabaab spokesman Ali Mohamud Rage said the attack had come in response to Ugandan military involvement in Somalia.

"We have a problem with public officials who don't want to go through security checks, especially those driving government vehicles," Opondo told AA.

"I think this is dangerous because terrorists can collude with some of them to conduct an attack," he added.

A source in Kampala told AA that he had seen a huge number of uniformed military personnel patrolling the city's public areas.

"The military has been patrolling the city since Sunday morning," the source said on condition of anonymity. "This is quiet unusual."

Uganda's state-owned The New Vision newspaper quoted Police Inspector Gen. Kale Kayihura as saying that police had stepped up security in the wake of the Kenya attack.

"What has happened in Kenya is very unfortunate and can happen anywhere," he said. "As such, we are now going to take over the security of many of these public places."