Uganda police beef up security ahead of Christmas

Ugandan police have deployed additional forces across the country as the festive season approaches, noting an increasing in crime in previous years. 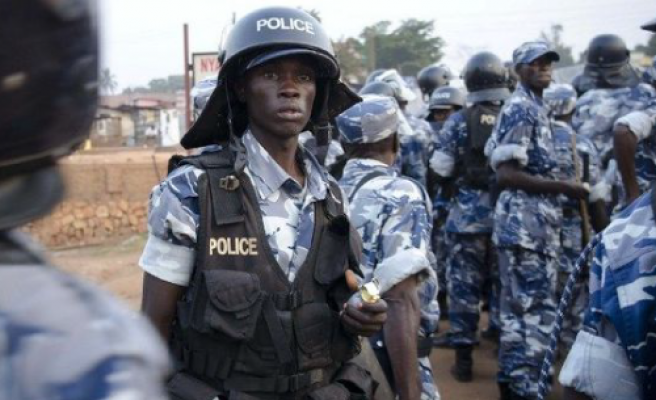 World Bulletin/News Desk
Ugandan police have deployed additional forces across the East African country to maintain security ahead of the Christmas holiday season.

As the festive season approaches, "we notice a rise in violent crimes, particularly, homicides, armed robberies on highways and others," Police Inspector General Kale Kaihura told The Anadolu Agency.

"Police and sister security agencies are increasing deployments in the Kampala Metropolitan Policing Area, the highways, border areas and other vulnerable parts of the country," he added.

He said that Ugandan authorities are also rolling out the community policing to help maintain security during the Christmas celebrations.

The Inspector General argued that the strategy of deploying additional forces have been effective in aborting several terror attacks since 2010.

"Indeed, it is this approach that will make us successful in keeping our country safe and secure," Kaihura said.

"It is basically [the Somali] Al-Shabaab group and the [rebel] Allied Democratic Forces (which is based in western Uganda with rear bases in the Democratic Republic of Congo)," he said.

"You can see what the ADF is doing in the eastern part of Congo near our border," Kaihura added.

"We have foiled a number of attacks on Uganda, but we believe there are sleeper cells and the only answer is vigilance of the population and the security agencies," he said.

"So the threats are real and they are from [outside]. Any groups that are inside are externally supported. If there are others who are mushrooming, we shall detect them the way we have detected others," he said.

He went on to call on the public to continue with their normal business life, "but alert to anything suspicious or out of the ordinary.”