Nearly 16 million Ugandans are expected to register in the electronic IDs system. 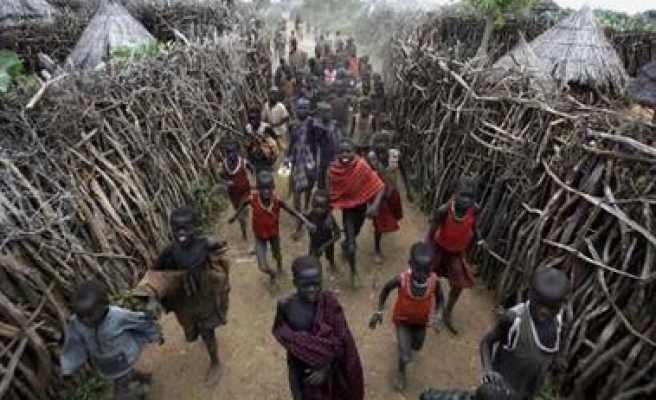 Ugandan President Yoweri Museveni on Tuesday launched the issuance of electronic national identity cards, calling on Ugandans to register in the system.

"If you are among those who have not been registered, please come and be registered," Museveni appealed to Ugandan as he received the first electronic ID.

Nearly 16 million Ugandans are expected to register in the electronic IDs system.

"National Identity cards are being printed using four machines that produce a minimum of 56,000 and a maximum of 100,000 cards per day," Museveni said.

The first phase of the electronic IDs will be phased across the country, ending by August of next year.

The second phase of registration will commence in July 2016 to register all Ugandans.

Uganda is set to hold presidential and general elections in 2016.

Uganda's electoral laws have set September 2015 for the nomination of candidates for the upcoming presidential election.

"Efforts are being made that all the cards are issued by then," Museveni said.

"This card is very important, first of all it will stop election rigging," he said. "This card will stop multiple registration. If you try to register more than once, the computer will expose you, it therefore stops multiple voting."

The national IDs are also hoped to stop people from borrowing money from different banks without paying back and fighting crime by identifying suspects easily such as rape victims and other scenes of crime.

"We expect to hand over our data to the Electoral Commission ahead of the 2016 general elections," Internal Affairs Minister Aronda Nyakairima said.

Nyakairima stressed that they still have an unfinished business.

"We need a law in place in order to anchor this exercise into a sound legal framework," he said. "We have consulted all the stakeholders guided by the constitution and the bill is with the committee."

He went on to express hope that the parliament will expedite the bill so that a law is in place by next February.

The Ugandan minister said that the IDs will enable the government to plan properly and provide easy access to a wide range of social services and facilities.