According to new legislation, a person "shall not produce, traffic, publish, broadcast, procure, import, export or abet any form of pornography." 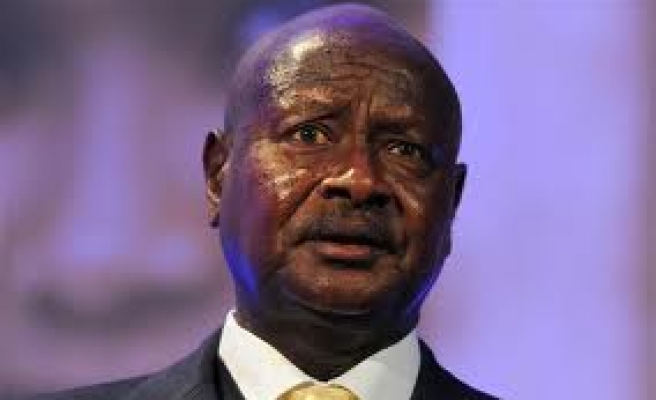 World Bulletin / News Desk
The Ugandan government has officially criminalized pornography, now defined by law as any representation – through publication, exhibition, cinematography, indecent show or information technology – of a person engaged in explicit sexual activities, real or simulated, or any representation of the sexual parts of the human body.

"It's going to mend gaps where insidious enticements, misleading behavior and poisoning character of persons have been perpetrated," Lokodo said.

The law prohibits any depiction of undressed or underdressed parts of the human body, including breasts, thighs, buttocks and genitalia.

According to the legislation, a person "shall not produce, traffic, publish, broadcast, procure, import, export or abet any form of pornography."

The law includes some exceptions, including the use of sexual images for educational and medical purposes, as long as this is done behind closed doors; cultural practices intended to highlight the "cultural beauty" of the community; and certain sports activities.

Otherwise, anyone found guilty of committing violations will face fines of up to $4000, imprisonment not exceeding ten years behind bars, or both.

Child pornography in particularly will be punishable by a $6000 fine, imprisonment for up to 15 years, or both.

Whoever uploads or downloads pornography to or from the internet, meanwhile, will face jail terms of up to five years and fines of up to $4000.

Offences under the law may be committed either by individuals or corporate bodies.

Under the law, a court may order the destruction of pornographic materials and the suspension of businesses – internet service providers, places of "leisure" or "entertainment," etc. – upon conviction on a second offence.

Since the law prohibits any depiction of unclothed or underdressed parts of the body, many observers have questioned how long – or short – a woman's skirt or dress must be in public.

"We're saying, 'Be decent.' Let your cover [dress] promote your dignity as a person," Lokodo said.

"If you dress in a short skirt or dress, you irritate the mind and excite the people," he added. "Then you're badly dressed and are in wrong attire – please hurry up and change."

Lokodo said the pornography problem had permeated all strata of Ugandan society.

"Pornography is an insidious social problem that has unfortunately engulfed Uganda," he asserted.

"Now it has gone even to the remotest villages upcountry… it has hurt the future of every community, [especially] the children," the minister lamented.

"The government of Uganda has adopted a zero-tolerance policy to pornography," he stressed. "All legal, economic, political and constitutional loopholes that would open a window for pornography must be plugged."

"These will be shut down," Lokodo vowed.

He went on to play down criticisms of the law and foreign threats to withhold financial assistance.

"What we want to protect is our dignity as Ugandans," he said. "We don't care [about] losing financial support if only we're left alone to do our [own] thing."

"It's actually blackmail," he added, referring to foreign threats of aid suspension, "and it's morally wrong."