Muslims in Uganda, prepared to travel to complete the Hajj, the fifth pillar of Islam, have been denied visa's in Kampala. 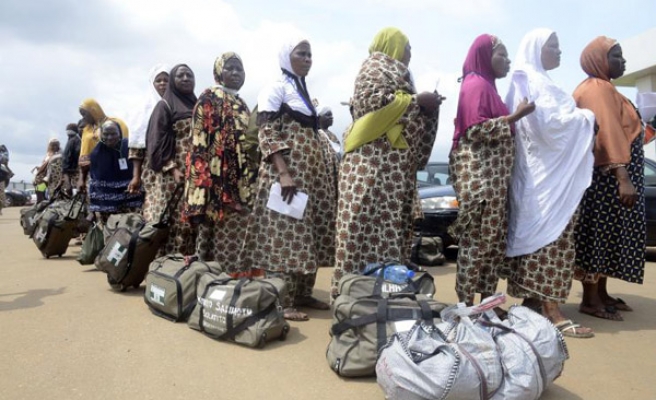 350 Ugandan Muslims out of 750 planned travelers have been denied visa's to travel to the cities of Mecca and Medina in Saudi Arabia for the annual hajj pilgrimage, according to the Daily Monitor in Uganda's capital of Kampala. Wednesday was the deadline to depart for the holy visit for the Hajj according to a report in the International Business Times.

“We have managed to get visas for 400 pilgrims, but we are doing all what is in our means to secure visas for [the] other 350 Ugandans but worried of failing to beat the deadline,” Sheikh Ahmada Lubega, a member on the Uganda Bureau of Hajj Association, told the Ugandan newspaper Tuesday. “It is really a very hard time for us.”

The Saudi embassy in Kampala also denied visas to 40 foreigners living in Uganda wishing to make the hajj. Embassy officials said all immigrants living in the East African country must apply for visas through their countries of origin, even though many of the foreigners had work permits that allowed them to travel freely as Ugandan citizens, Lubega told the Daily Monitor.

Uganda’s foreign affairs ministry also has confirmed the decision to refuse the visas. “An embassy has the right to allow or deny someone entry into their country. It is in the discretion of the immigration officer,” ministry spokesman Sam Omara told the Ugandan newspaper Tuesday.