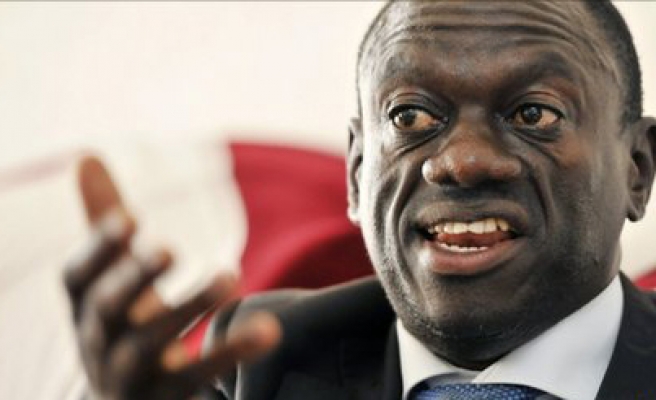 Uganda’s defeated presidential candidate Kizza Besigye was arrested Monday as his supporters prepared to challenge the outcome of Thursday’s election.

It was the fifth time he has been arrested since Feb. 15.

The Forum for Democratic Change leader was under house arrest but left his home at around 9.45 a.m. local time (0645GMT) to march with supporters to the offices of the Electoral Commission to collect the official results declaration.

A heavy police presence has been posted at Besigye’s home in Kasangati, to the northeast of Kampala, for the last three days and police warned on Sunday night that he would be breaking the law if he marched to the commission’s city center offices.

As he left his house, he was placed under arrest and put in a police minibus and driven off.

Besigye disputes the election results and has indicated he will challenge them within the ten days allowed under law. The commission said President Yoweri Museveni received 60.75 percent of the vote, allowing him to extend his 30-year rule, while Besigye got 35.37 percent.

The opposition leader has called the election fraudulent and condemned the commission for incompetence and a lack of independence.

Following the arrest, the police said the official results would be delivered to Besigye's home or office.

One photographer said he was pepper sprayed by a police officer as Besigye was arrested. Isaac Kasamani said: “I told him I was working just as he was and in that instant he took out a pepper spray and sprayed it right into my eyes.”

Besigye was earlier arrested on the day of the election while showing reporters what he claimed was evidence of vote rigging and on Feb. 15 he was detained while campaigning in Kampala. He was placed under house arrest on Saturday.

International observers have criticized the election for a lack of credibility.